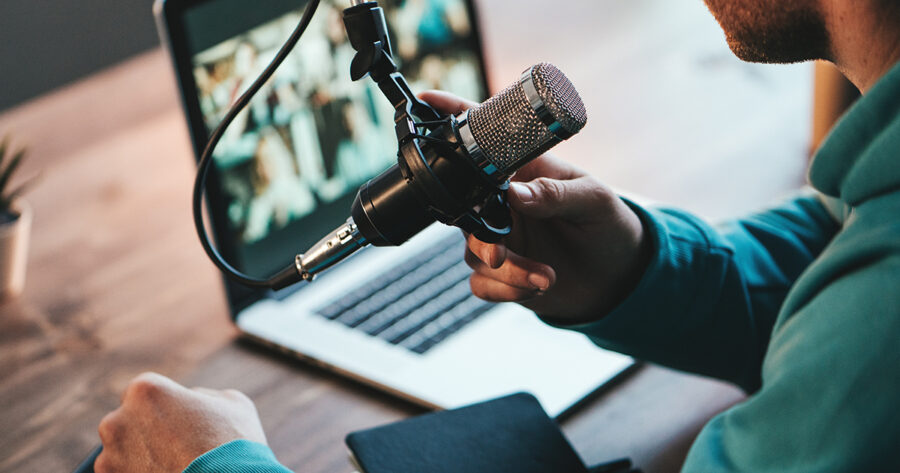 AUSTIN, Texas — Listeners have praised local podcaster Devin Xavier of The Devin Xavier Conversation for his fresh, new approach to being completely incorrect.

“I just think it’s impossible to find socks that are full length anymore,” said Xavier in a recent episode. “Everybody is expected to hide their socks and show their ankles nowadays. Everyone. It’s all over the media. I turned on the TV last night and every single ad was like, ‘Hey, fellas, wear shorter socks.’ Like that’s going to fix things. Like that’s going to give our lives meaning. And meanwhile in most of Europe, I’m not an expert on this, but you can look it up—”

“Yeah, you can read about it,” said Benny, his co-host and younger cousin, speaking for his first and only time during the segment.

“Yeah, exactly. Look it up. Tall socks have been illegal in most of Europe for a long time. And if you go into Foot Locker, I think you’ll see the same thing is starting to happen here. See for yourself. That’s all I’ll say about that,” Xavier concluded, ending the 30-minute segment about his weekend trip to the mall.

“I hate when podcasts make you wade through some true stuff before you get to the stuff that’s really wrong. Like, sometimes even Joe Rogan will have a guest who is on a book tour or whatever, and they’re an expert on some random topic. And sometimes it will take, like, an hour before Joe finds something to be totally off base about,” wrote avid podcast listener Derrick Houston, writing for the YouTube comment section. “Not with Devin. This guy knows what his listeners want: A contrarian opinion to repeat to the next person who talks to us. And he delivers. 5/5, perfect episode. Anybody who downvoted it should be executed.”

Other fans shared how Xavier’s show had improved their personal lives, opening them up to new ways of looking at the world that are wildly mistaken.

“Devin’s show was how I first learned about Kneeless Warrior Theory, which posits that basically, cavemen didn’t have knees. There are almost no reliable records of fossils being found with knees. That’s unless you want to believe archaeologists, many of whom benefit from a continued consensus around the knee issue,” said Gary P. Bruce, who plans to start his own podcast dedicated to the theory. “I don’t walk. I don’t spend time with people who walk. It’s only when you live without knees that you unlock your human potential.”

No critics of The Devin Xavier Conversation could be reached for comment, as there is no evidence any non-fans have ever heard of the program.