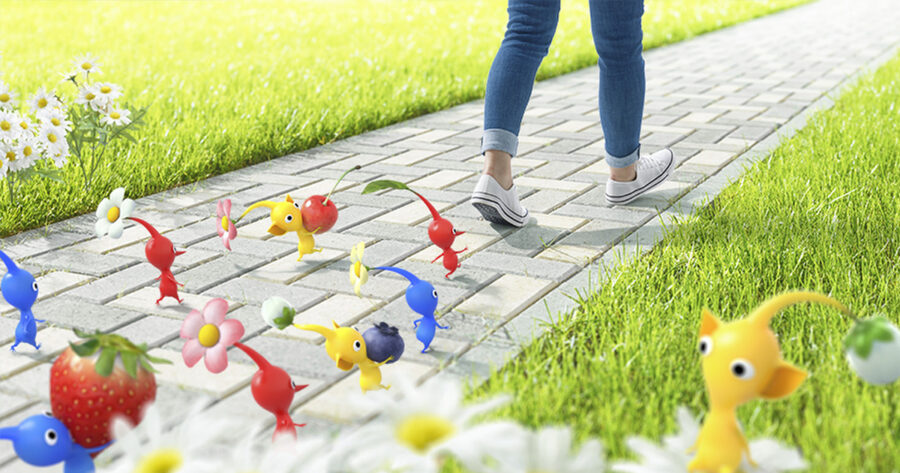 “I’ve already collected so much data to send in!” said early access player Darren Moore. “I have a whole collection. First I collected what time I usually leave my house, oh and then where I usually go during those times. I reported what time I wake up in the morning, what businesses I frequently visit, and yesterday I used the AR mode to show Niantic the inside of my home and the faces of all my friends and family. It’s so cute, and I’m excited about exercising now so I can walk around giving Niantic information on my demographic.”

Niantic CEO John Hanke explained all the new differences and additions to the game.

“Pokémon Go was an unqualified hit, but we want to make it more special to find a Pikmin in Pikmin Bloom,” Hanke said. “You won’t just find Pikmin in the street, you’ll have to check smaller locations like government buildings or the back of your credit card. Also, with our referral bonus, you can collect an additional daily Pikmin by secretly downloading the app onto a friend’s phone. Setting up Pikmin Bloom is easy, though. Once you put in your name, birthday, enable location services, add fingerprint and retinal scan, you’re all set to start collecting Pikmin once your DNA sample has been received by the Niantic lab. Happy hunting!”

At press time, Niantic reportedly was working on a revolutionary new peripheral for the game that wouldn’t require players to even use their phone for the game once they sew the Pikmin Bloom game patch into their skin.