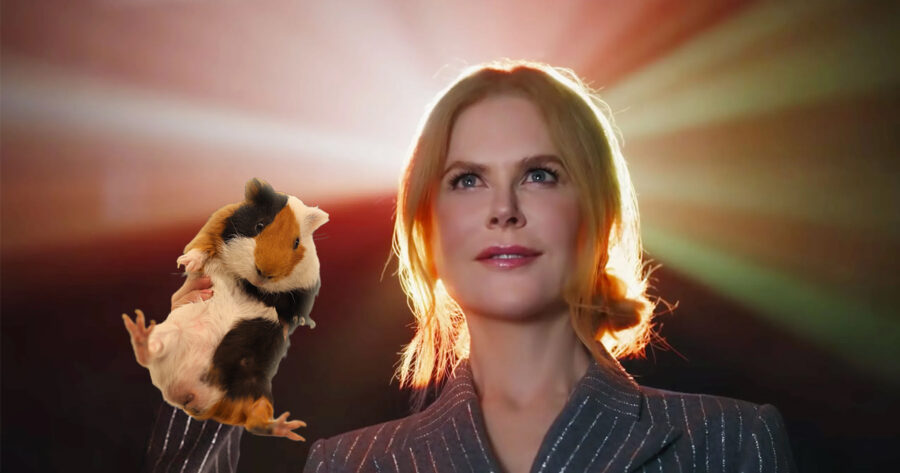 “The movies, we come to this place for magic,” a grinning Kidman says while dangling the squealing rodent over her gaping maw. “In the cinema, heartbreak, love, and death all feel real. But of course, the movie experience isn’t complete without your favorite cinema snack! Whether it’s the buttery crunch of popcorn, the smooth richness of a Junior Mint, or the muffled struggling of a live beast, the movies are a place we come together to tell stories. Stories of blood, gnashing of teeth, of bones and of hair sliding down our throat.”

“Her mouth stretched and contorted to inhuman proportions, and her eyes glazed over a milky white,” said moviegoer Austin Dunwalt. “You could argue it’s just special effects, but you can see the cameraman shudder and bolt when she does it. I don’t think that was in the script. It’s not even for Halloween or a horror movie, I took my kids to see Minions and now they can’t go to sleep without me checking their bedroom for ‘the striped suit lady’.”

“We didn’t want to release it. We had no choice,” Aron stammered. “Lord Kidman, I mean, Nicole, forced us to. You try watching that and then going up to her telling her we’ve pulled her screen time. I don’t fucking think so.”

At press time, audience members had condemned the advertisement as nearly as uncomfortable as Tom Cruise’s Top Gun: Maverick pre-show announcement where he genuinely thanks audiences for coming to the theater.