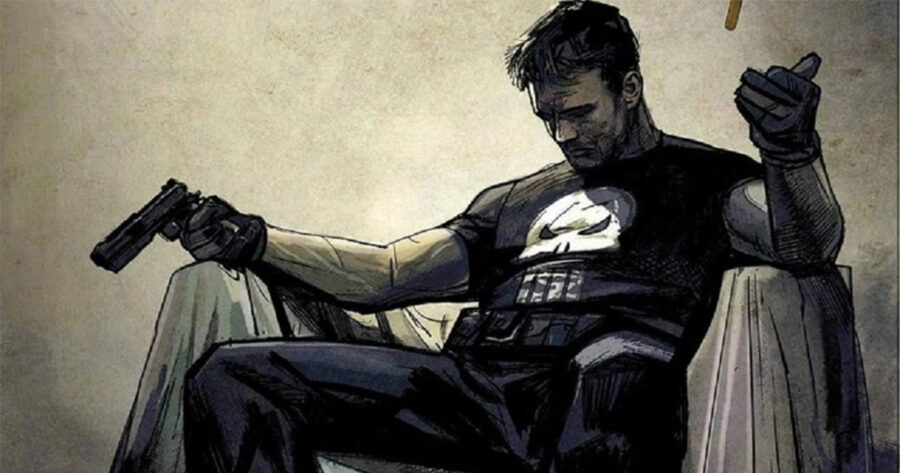 NEW YORK — An upcoming one-off issue of The Punisher features the fearless vigilante poking around outside of an active shootout for nearly an hour before doing anything, disappointed fans of the character have confirmed.

“Wow, that’s not really what I picture a total badass like The Punisher would do,” said Stu Kinder, a long time fan of the series. “I mean with the skull imagery and all of the weapons and threats all the time, I guess you just assume he’s gonna run right in there when the shit hits the fan. But maybe sometimes The Punisher finds some chickenshit reasons to poke around outside while a shooter is audibly active. This wasn’t a very good issue and I really hope people stop giving Marvel so much money.”

The issue, which debuted to harsh reviews earlier this week, features Frank Castle, also known as The Punisher in pursuit of a violent street gang that’s running wild in New York City.

“The issue started off fine, but the end was bullshit,” said Anna Barksdale, another disappointed reader. “The Punisher trailed this gang as they were going into a rival gang leader’s house to ambush them, and then when everyone started firing, he just stood around outside of the house and yelled at anyone that walked by and looked at him. It’s like, uh, aren’t you the fucking tough guy with all of the weapons?”

Even the creator of The Punisher objected to portrayal of his character.

“Yeah, that’s not what The Punisher is about at all,” said Gerry Conway, longtime writer for Marvel and DC Comics. “What always separated The Punisher from the rest of his peers, in addition to his lack of superpowers, was the fact that he, you know, shoots everybody. That’s like his whole thing. That’s why he doesn’t have a bunch of villains like Batman or Spider-Man. Because he just shoots them all. He doesn’t stand around playing grab-ass while the shots are being fired, I assure you.”

Facing heavy criticism, Marvel defended their decision to give The Punisher half of their production budget, despite other titles lacking proper funding.