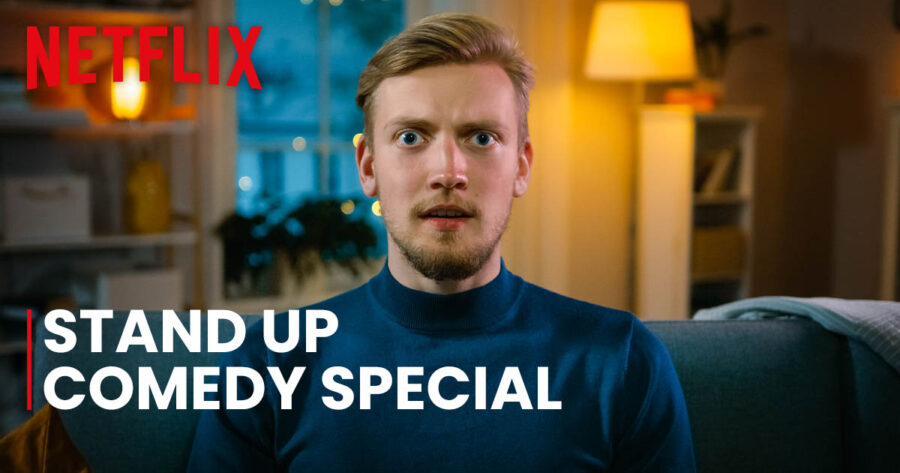 LOS GATOS, Calif. — Amidst a major loss in subscribers, streaming service Netflix has begun to launch a new promotion in hopes of increasing its paying customers by offering every user their own Netflix original stand-up comedy special.

“We realized that Netflix users are more likely to watch a stand-up special if they are the ones performing,” Netflix CEO Reed Hastings said in a press conference. “We’re hoping when potential subscribers see a headshot of themselves in front of a bright colored background with duct tape over their mouth they’ll shell out the monthly fee to see what humorous observations they had about things like public transit or Donald Trump. Our algorithm is able to generate a completely original hour-long special after getting the user’s data, and we think people will enjoy watching themselves do a comedy set that the Netflix description called ‘Laugh-out-loud funny!’”

“Not to mention, we did a study that found that something like 35% of Americans under the age of 50 currently consider themselves to be some sort of ‘comedian,’” Hastings added.

Netflix’s gamble seems to have paid off, with over 2,000 new customers already subscribing to see their original comedy special.

“I was just minding my own business, when I saw an article in the New York Times about how my joke about not needing a mask mandate had gone viral on Twitter,” new Netflix user Simon Neebs said. “I never really saw the point to having a Netflix account, but when there was suddenly a picture of me in front of an American flag background at Radio City Music Hall, I practically tripped over myself getting my wallet.

At press time, Netflix reported just landing another new subscriber named Nate Bargatze and urged users to be on the lookout for his contractually obligated special next month.