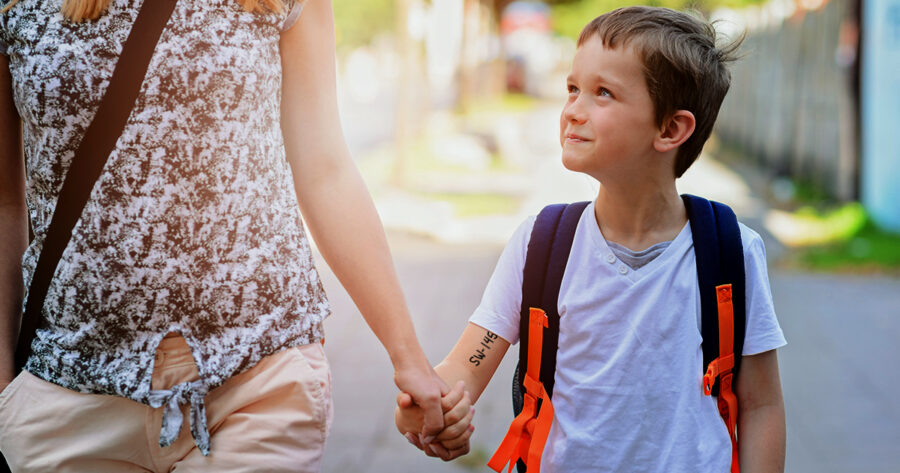 “Having a child really changes you. I don’t know what I’d do if anything happened to him,” said Rynolds as she waited for her son outside the Gap dressing room. “It just feels reassuring to know that if worst comes to worst, we might be able to pull together a pretty good lobby for a couple of rounds on Baby Park. It’s hard raising a child. It’s even harder finding a full group for Mario Kart.”

Sheriff Reid Conroy praised Reynolds for her forward thinking about keeping her child safe while on a public outing.

“While only 0.11% of missing children cases are the result of stranger abductions, that’s no reason to not be vigilant, even at familiar places in the community,” said Conroy. “Plus, if anything happens, it’s not like we’re gonna do anything about it quickly. It’s good to have something like Mario Kart to distract the parents.”

Nintendo has long been at the forefront of the video game industry when it comes to parental controls and child safety while playing online.

“We believe in the power of gaming to connect people all over the world,” said Nintendo spokesperson Darien McKenzie. “It’s our view that a long string of random numbers that are completely untraceable and unable to be publicly searched is the best way to keep our younger gamers safe while enjoying the fantastic new tracks in the Booster Course Pass for the Mario Kart 8 Deluxe game.”

As of press time, Cody Reynolds has gone missing from The Gap. The only clue at the scene was a ransom note reading “I’m using tilt controls!”