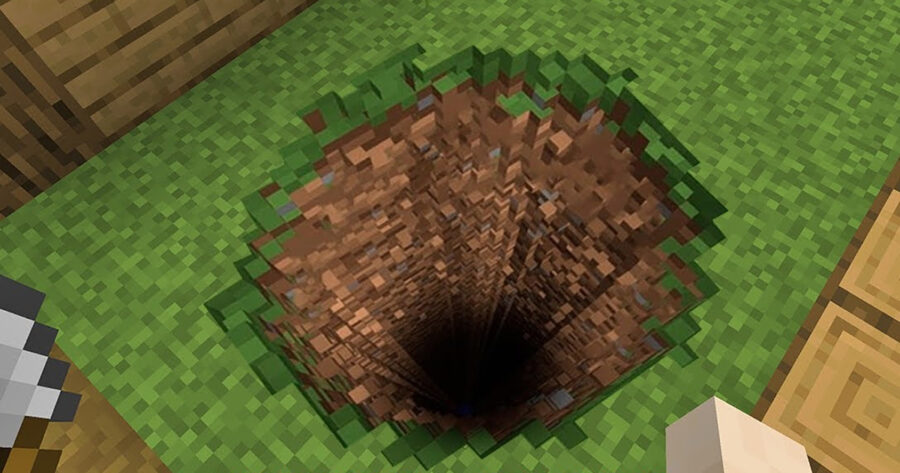 Released over a decade ago, Minecraft continues to be among the most popular video games ever released, and while there are many factors that can be attributed to this success, one has gone unspoken for too long — the game plays into the male fantasy of digging a big hole with the boys.

“Most video games are some sort of wish fulfillment, when you get down to it,” said Albert Lipinski, a media studies professor at UCLA. “And clearly many players have violent, confrontational urges, but there’s plenty of people that would just as soon get together on a nice day with a couple of buds and just dig a big ol’ hole and see what’s down there. Oh man, was there anything better than having the guys over and digging a hole back in the day? One time I thought we found a treasure, but it was just the septic tank.”

Some parents have grown concerned about their children’s exposure to the game after hearing of the emphasis on hole-digging and chilling with the homies.

“Hmm, I don’t think I like the sound of that at all,” said Morgan Fish, a concerned parent of a dedicated Minecraft player. “I knew Dylan was meeting up with his friends and goofing around, but I figured they were going on raids or at the very least ganging up on people with lower levels than them, harmless stuff like that. But if Dylan is getting any ideas about digging a hole in the lawn I just spent yesterday afternoon mowing, well, he’s got another thing coming.”