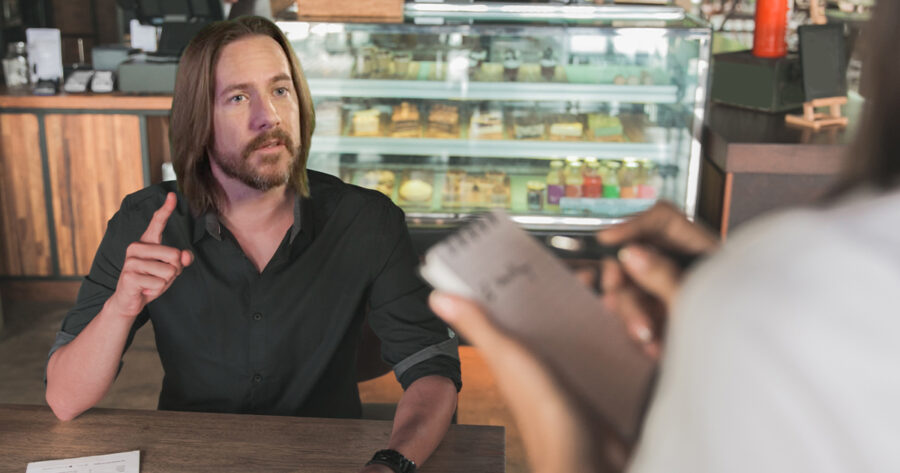 LOS ANGELES — Legendary Dungeon Master and part-time Wyrmwood spokesman Matt Mercer made a splash at a local restaurant this week when he described his ideal sub aroma in excruciatingly vivid detail for nearly an hour straight, enraptured witnesses have reported.

“He went deep into his mind palace to describe the decedent wafting of freshly melted cheese, and the waiter was transported into a world of pure imagination,” said local diner Jack Brakkow, who immediately cancelled his own order to ask for whatever it was that Mercer was describing instead. “I caught myself questioning the mechanics of the sandwich a few times when he started mentioning frosting, tater tots and a fifth slice of bread, but the way his words flowed had us all mesmerized.”

As delightful and detailed as the scene was. not everyone present was the biggest fan of the culinary narration.

“Yeah, he does this kinda thing a lot,” explained Marisha Ray, Matt’s wife and frequent collaborator. “Last week we went to get an oil change and he kept going on to the mechanic about ‘black ichor coursing through mechanical veins’ while producing frighteningly accurate dripping sounds with his mouth. He’s so fucking talented, but at a point it’s like, dude, can you just let people do their jobs?”

“It really brightened my day,” said the waiter, Nadine Klein. “I just wish it hadn’t inspired all of our other customers to try and copy his ordering technique. Everyone describes food in their own way, you don’t need to copy a particular performance style to order a unique, tasty sandwich. I wish more people would realize that. Also stop pronouncing the number nine so weird when going through the menu, it’s really annoying without context.”

Sources say that Mercer prevented further disruption to the evening’s events once his deliciously described food had arrived by standing up his menu like a dungeon master’s screen to block other patrons from seeing what was on his plate.