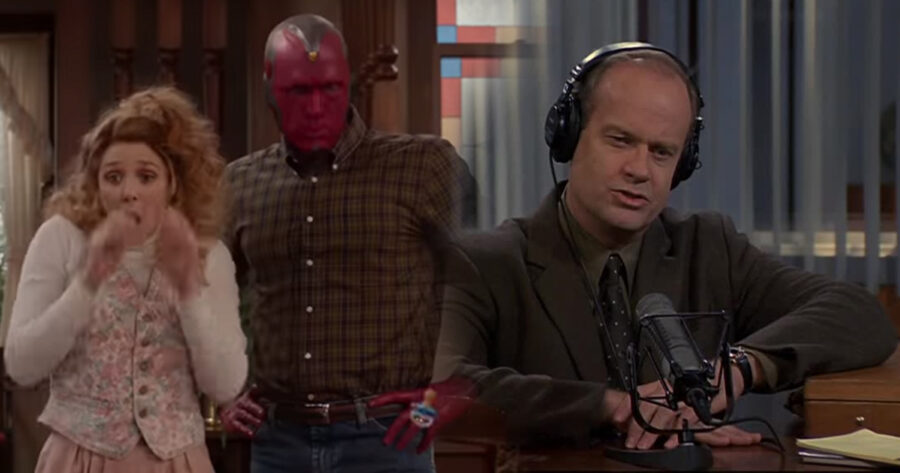 MADISON, Wisc. — Local Marvel fan and notorious dumbass Bailey Lynch was reportedly bamboozled into watching multiple episodes of 1993’s Fraiser under the false assumption that he was catching up on WandaVision.

“I was really into the cooky sitcom vibe and deep characterization,” said Lynch. “I kept noticing Easter eggs in the background, like how there was a spooky book in a bunch of scenes I was convinced was the Darkhold. Then I realized it was just a book on mental disorders, which still seemed pretty relevant to what I’ve heard people say about Wanda.”

Despite the signs that he was in fact watching a popular NBC sitcom from a bygone era, Lynch kept watching, and ended up getting “pretty into it.”

“My friends have been constantly mentioning how Wanda needs therapy, and this show has like fifteen therapists, so I assumed I was right on the ball,” said Lynch. “There was this scene where Fraiser was listening to a caller talk to a guy about their unhealthy relationship issues, and that hit me really hard. I thought it was the deepest line in the entire MCU.”

When pressed further on how it was possible to mix up the two shows for so long, Lynch grew somewhat combative.

“Listen, I’ve been so fucking bored during quarantine that my brain has started shutting down. I saw a goofy sitcom about a kinda bald guy with relationship issues up on the TV and it all synced up,” said Lynch. “Cut me some slack, okay?”

Pulling from personal knowledge and lore deep dives, Lynch was able to fit many of the details from Fraiser into the larger Marvel universe.

“There were outdated commercials for Cialis that I was certain were symbolic of the Mind Stone, or the Space Stone, maybe the Nexus of all Realities?” Lynch says. “I thought the length of commercials was a little silly, and it was weird how so many of them mentioned the Twin Towers, but I’m a huge Tim and Eric fan so I figured it was all part of the experience.”

Lynch confirmed he recently started bingeing the real WandaVision, but was sort of lost on why it’s all animated.