Man Binging New Podcast Reaches the One After Trump Got Elected 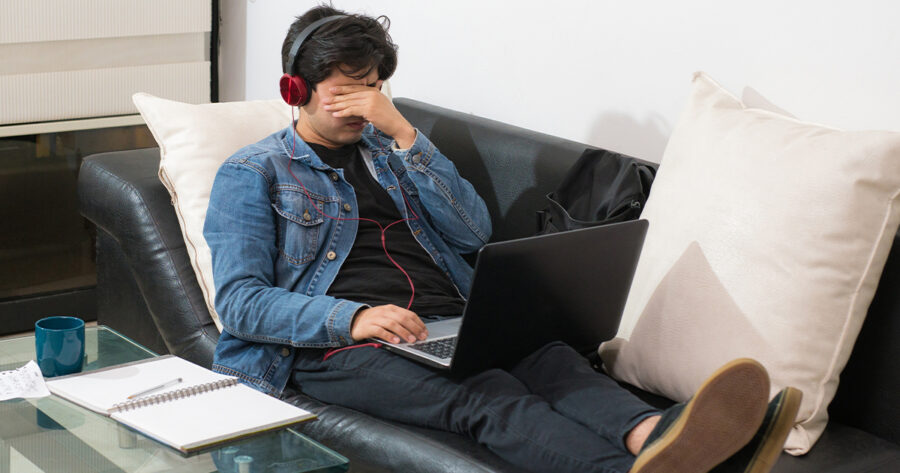 NEW YORK — A man binge-listening to the backlog of his new favorite podcast has finally gotten to the one right after Trump got elected, sources have confirmed.

“Man, this show is really great, but this episode they clearly lost some steam,” said Carl Arsterhart, listening to Dimension of Sound, a show dedicated to rewatching and analyzing episodes of The Twilight Zone. “Usually they start with some light banter about the week’s events before getting into whatever episode they’re discussing, but this one they’re just really somber and talking about where we go from here. Jerry’s not even talking, you can tell he’s just on his phone the whole time. They sound like they recorded this thing at a funeral.”

The episode, recorded on Tuesday, November 8, 2016, was meant to focus on ‘Printer’s Devil’ — a fourth season episode featuring Burgess Meredith as a reporter that’s after his editor’s soul. However, the hosts neglected to mention the episode until 28 minutes into the show.

“Okay guys, we really should start talking about ‘Printer’s Devil’ here,” said co-host Tony Lindbaum after concluding a 10 minute diatribe about the electoral college. “I mean, we might not even have a fuckin’ country by the time we get to season five, so we may as well get through four, right fellas?”

Discussion of the Twilight Zone episode, which is primarily set at the office of a newspaper, dovetailed into discussions of the media’s culpability in Donald Trump’s election just 40 seconds into the breakdown of the plot.

“If you ask me,” said Tony MacDonald, the third co-host of the podcast. “Things are really starting to resemble a real life world of The Twilight Zone out there in society. Only we don’t have Rod Serling to guide us through the mess of it all. The only hope we have is the certainty that everything will return to normal once someone else is the president.”

At press time, Arsterhart looked at the podcast feed for Dimension of Sound and realized that the podcast actually only did a few more episodes after that.