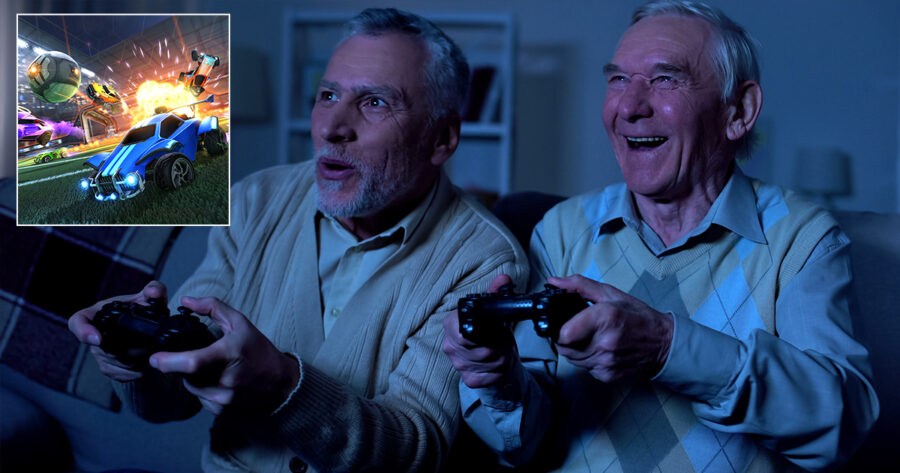 AKRON, Ohio — A local father has fallen headfirst into a Rocket League binge, but it’s not the crossplay or the competitive nature of the game that’s hooked him; it’s the free gasoline.

“I still can’t believe this!” said Gordon Thorn, local father of three who recently discovered the vehicular soccer game on his son’s PlayStation 4. “When Scotty told me this game was free, I thought he was joking, or that there was a catch. But he was right, it’s free to just drive your truck around in this game!  I brought the stereo in from the garage and have been cranking 103.9 and cruising around the different playing fields just cracking cold ones and tearing ass. My teammates don’t seem very excited about it, but I’m having a blast. And it doesn’t cost me a dime!”

Thorn’s wife, Nicole, said she was glad her husband found a less expensive way to pass the summer months this year.

“Well, for the past few years, Gordon has gotten into brewing beer or buying a boat, ridiculous hobbies that cost so much more than they were worth” she said. “So if he wants to play Rocket League with a bunch of 12-year-olds, because it gives him the thrill of driving without paying five bucks a gallon, that’s fine by me. I know these games are known for making people angry and toxic, but every time I poke my head in there or bring him a beer, he’s got a smile on his face you wouldn’t believe. Little guy is really having a blast in there.”

Even Thorn’s son, who’s PlayStation has been all but officially taken over by his father, didn’t mind Gordon’s newfound obsession.

“Yeah, Dad is on the PlayStation all the time now, but on the bright side he’s really into the fuel economy you get on these games,” said Steve, Gordon’s oldest child. “He bought me a copy of Forza Horizon 5 because I told him even though it was 60 dollars, you just pay that once and you drive around Mexico forever after that, unlimited fuel. He agreed that it would be a bad decision not to buy it after that.”

As of press time, Thorn had fainted after someone showed him that Lawn Mower Simulator game.