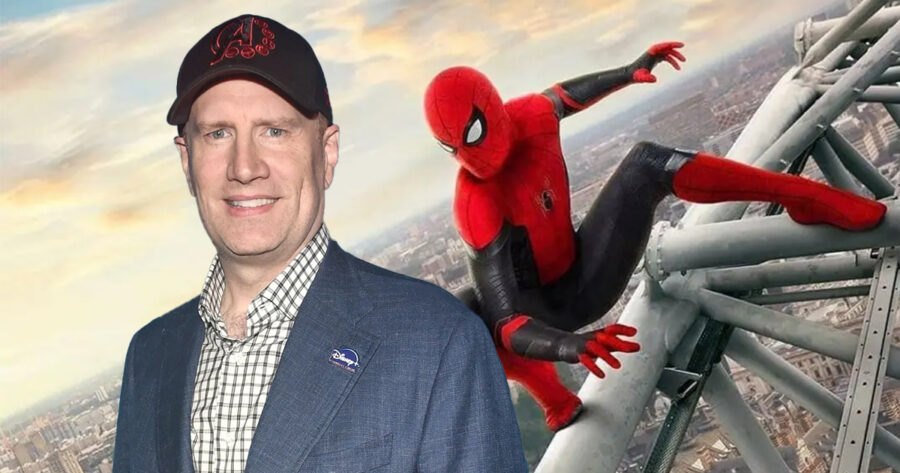 BURBANK, Calif. — President of Marvel Studios Kevin Feige revealed that Spider-Man: No Way Home will introduce the concept of the multiverse within the Marvel Cinematic Universe, primarily as a vehicle to provide an opportunity to “kill 35 fucking Uncle Bens, at minimum.”

“We typically have the big picture trajectory of an MCU story in place approximately 4-5 years in advance to help ensure every character has a satisfying arc,” explained Feige, caressing a Marissa Tomei Aunt May action figure while imagining a field of Uncle Bens being mowed down all at once. “And if you remember, we first mentioned Uncle Ben in the MCU back in 2016’s Captain America: Civil War, which means we’ve spent half a decade planning a way to tastefully introduce and just fucking massacre 35 variants of that blue collar piece of shit in a way that’s sure to please fans of Aunt May being single and ready to mingle in whichever universes where she’s still young and pretty.”

Feige’s announcement is a welcome relief for Marvel fans who’ve long been invested in the film and TV series’ intricate, sometimes indirect plotting.

“My favorite aspect of the MCU is following along with the characters and their stories,” said Larry Peabody, a self-proclaimed “superfan” of the Marvel Cinematic Universe. “The multiverse opens up the possibility of introducing tons of iconic characters who can come in and kill all the ones that are boring and old and named Ben and aren’t even really a good fit for May, who I think we can all agree deserves more of an alpha male, film executive type.”

Feige says while ironing out the story has been the main priority for the team behind No Way Home, another important consideration when planning to slaughter Uncle Ben at least 35 times simultaneously is casting the right actors.

“There’s Uncle Ben 2099, Spider-Uncle-Ben, Ultimate Uncle Ben,” began Kevin Feige, gleefully imagining each Uncle Ben meeting his demise as he recited all of their names. “And of course, Uncle Ben Noir, who goes out to the deli for cigarettes one night and never comes back. He’s not going to be in the scene [where 35 Uncle Bens get slaughtered], but there will be a few lines referencing the fact that he still hasn’t come back home. It doesn’t matter too much because the Aunt May in the noir universe has already started dating again.”

As of press time, sources are reporting on an unverified leak which claims the end credits stinger for Spider-Man: No Way Home hints at another exciting multiverse development with an Earth-1218 version of Kevin Feige licking Aunt May’s feet for 17 minutes.