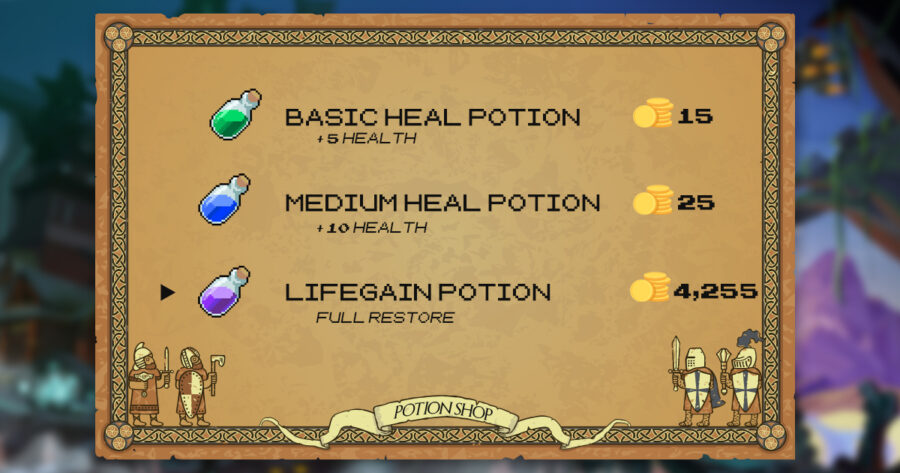 T’ARTHAR DESERT —  A team of local heroes found themselves in distress recently, after a level 26 necroscorpion murdered beloved party member Ringkoo, requiring an expensive resuscitative item that was a virtual non-issue in the economy of years past.

“Yeah, we can’t afford a Lifegain Potion at this point in our adventure,” said Oswaldo, the team cleric and item mule. “It seems like combing the desert for bandits and raiding caves for treasure doesn’t provide the quality of life it once did. There was a time where if one of your own got hurt on the job, there was no second guessing that it’d get taken care of.”

Reports indicate the cost of a Lifegain Potion has risen 200% over the last three generations, now costing nearly six times the price of other essentials like Poisonaway and Blue Hair Wig.

“Back when my older brother was a hero, if your friend died, you didn’t have to worry about dragging around this dead body until you’ve looted enough enemies to afford his revival,” said the warrior champion Kylerules, leader of the team of heroes. “It was a simpler time. Sure you couldn’t move on a 3 dimensional plane, but with enough money for a Lifeagain in practically every other chest, you knew your best friends were only dead for a matter of minutes.”

“The amount of XP we’ll be gaining between now and the next chapter might be enough for Ringkoo’s replacement to take his regular spot in the party,” remarked Oswaldo. “This is probably going to come down to whether or not we want to bite the bullet and get this Lifeagain or deal with some annoying replacement elf.”

Ultimately the party decided against resurrecting their comrade, instead opting to spend the money on an Elegant Feathered Hat for Oswaldo.