Idris Elba Should Be the Next Gex the Gecko 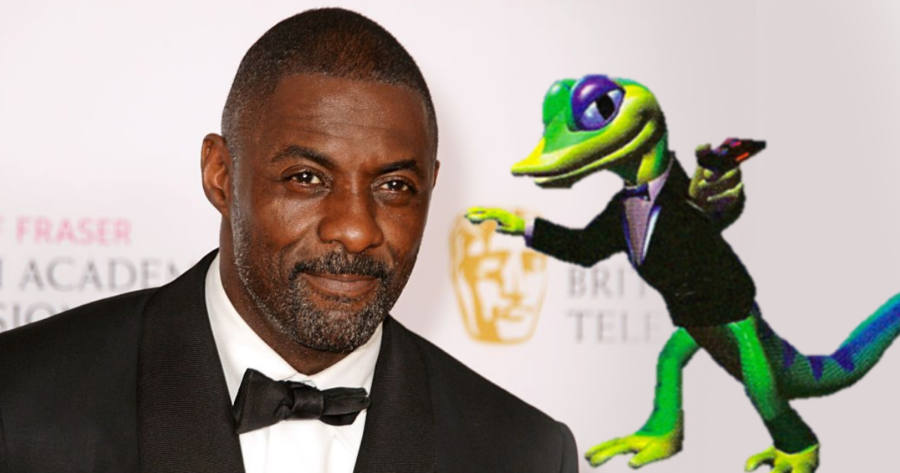 We all know Gex the Gecko is a pop culture icon. The gecko’s antics are a sight to behold, his tail whips only equaled in power by his hilarious quips. He’s a marvel of the tube ray screen that has influenced countless generations of children.

This is why, now more than ever, it’s an absolute must that Idris Elba be the next Gex the Gecko. I will settle for nothing less.

For too long, children have seen our protagonist played by a white person. Mainly, comedian and voice actor Dana Gould. And because of this, only white children have been able to see themselves becoming a talking gecko that wears a smoking jacket, parodies late-90s pop culture, and has relations with human women. With Idris Elba donning the role of Gex, children of color will finally be able to see themselves represented on the screen, repeating old Steve Martin bits and catching flies with his tongue to regenerate health.

Hollywood has come such a long way when it comes to including people of color, LGBTQ+, and other underrepresented people, but it completely boggles my mind why they haven’t budged when it comes to worldwide standard-definition phenomenon Gex the Gecko. I mean, Idris Elba is the perfect fit. He’s charismatic, handsome as hell, and has a long tongue that he can whip out to both catch items and attack enemies — all the traits required to be Playstation 1 platforming game character Gex the Gecko, one of the most renowned figures in the entire history of both television and cinema.

The industry knows that the entirety of humanity loves and reveres Gex the Gecko. It’s time we shed the antiquated traditions that have begun to bog down the much-beloved and long-running franchise. The world deserves a new Gex the Gecko that better reflects our modern society.

Also, I just saw Idris Elba play a cat so there’s no way he’s not down to play a freaking gecko.