Here’s Why Morpheus Isn’t in the New Jackass Movie 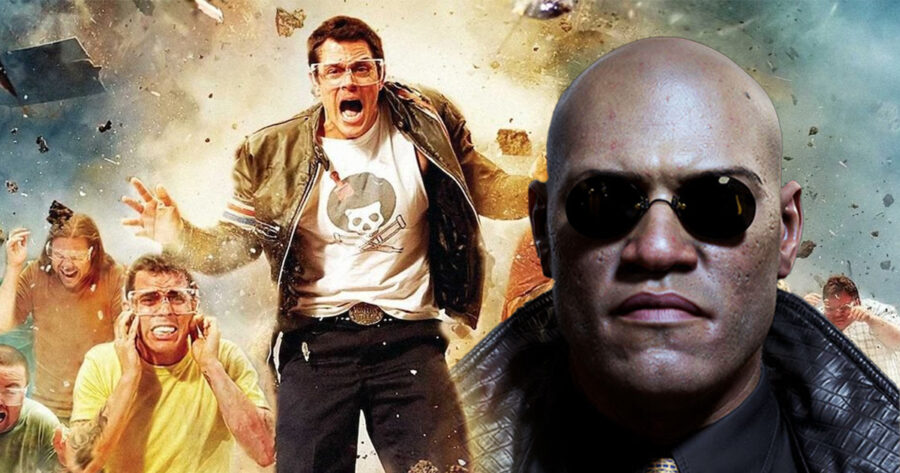 As the fall movie season kicks off and trailers are watched and obsessed over, one big question keeps circulating: why isn’t Laurence Fishburne’s iconic Morpheus character going to appear in the newest Jackass film, Jackass Forever?  Wonder no more, as we’re here with the full rundown of why one of the franchise’s most beloved characters won’t be returning for the latest installment.

As soon as the Jackass Forever trailer premiered online last July, it sent fans rushing to the internet to pour over each frame and share observations and theories about the new trailer.

Were those bees stinging Steve-O the same bees from the Beehive Tetherball segment in Jackass 3D? Is that really Eric Andre or some kind of illusion? WHERE IS MORPHEUS?

While it’s perfectly natural and expected of fans to feverishly speculate about the new direction of the franchise, many fans that are panicking would have done better to take a further look to the past in order to find the clues they’re searching for about the series’ future.

While we all remember seeing the first Jackass movie in theaters and it blowing our minds, fans seem to recall the third installment a little less. Namely, the scene near the end of the film when Johnny Knoxville and Chris Pontius had a crab pinch Morpheus’ dick while he was sleeping. Morpheus famously reacted very poorly, and while we’ve seen many of the Jackass stars lose their temper, this didn’t seem like the usual fit that comes and goes following a stunt gone awry. No, in fact, Morpheus was fucking pissed.

Many speculated that Morpheus would cool down and return to the film after walking off, but alas, no further scenes with him were shot and Jackass 3D features a notable lack of Morpheus bits. Many point to the impassioned monologue he delivered to Knoxville, Pontius, and several more of the principle cast as the medics were removing the crab from his penis as proof that his patience for the series had ended.

“There are no accidents,” said Morpheus. “We have not come here by chance. I do not believe in chance. When I see Party Boy with a bucket of crabs coming towards my privates, I do not see coincidence, I see betrayal. I believe tonight is the night that I must leave you behind. Let me be heard from red core to black sky — I don’t want to hurt my cock anymore.”

While many fans have said this is an easily fixable issue and that calmer heads surely may have prevailed over time, others have pointed to a bit more obscure part of the Jackass universe as definitive proof that Morpheus is not only MIA from the new film, but that his character was killed off entirely!

2005’s Jackass Online was an attempt to grow the television and film franchise beyond its traditional media roots and expand the lore found in the initial series of films into the blossoming MMORPG genre. While it failed to reach the number of fans they’d hoped, what they presented was a thrilling, visceral expansion of the themes and ideas found in the early entries of the action franchise.

With the underwhelming player base, however, that means that many of the game’s revelations have been lost to time. Most notably, the stunt in which Wee Man and Morpheus get in a shopping cart that is then pushed off of the roof of the Mall of America. The aftermath of the stunt saw Morpheus perish and Wee Man replacing all four of his broken limbs with new robotic ones, making him the most powerful member of the Jackass crew.

While Wee Man’s regular arms in the trailer seem to indicate everything from Jackass Online has been retconned, something long speculated by devoted fans, the absence of Morpheus seems to indicate that director Jeff Tremaine and company intend on keeping that part of the plot intact.  Jackass Online may be offline forever, but it is not forgotten apparently.

Editor’s Note: After this piece was turned in, Jackass Forever’s premiere date was pushed back from October to February. We think they’re putting Morpheus in there.