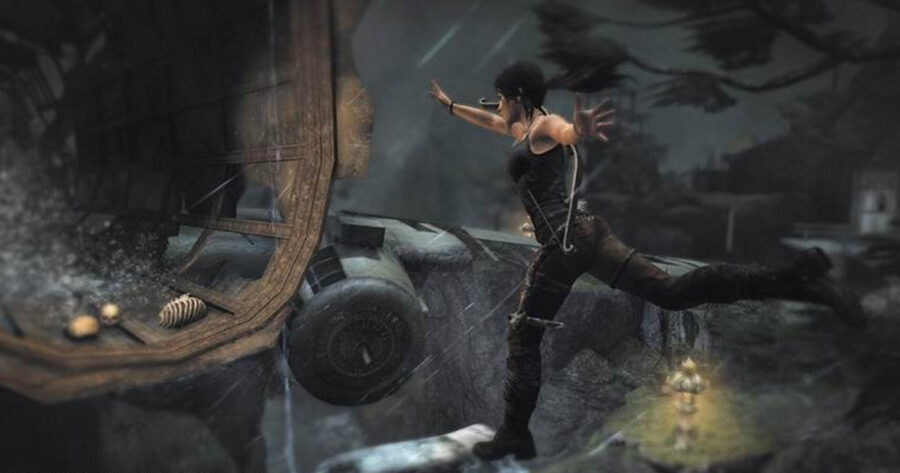 KITEZH, Russia — Famed archaeologist/adventurer Lara Croft fell to her death in the lost city of Kitezh today, after mistiming a jump between two cliffs. Croft had a successful career as a celebrity historian specializing in recovering lost relics. She was reportedly in Peru searching for immortality when the accident occurred, a prize sought after by all of the world’s great archaeologists.

“[She] was attempting to make the jump by doing a double leap from his platform to the lighter shaded cliff edge, a mistake that proved to be fatal,” said a native through a translator. “The rescue teams took forever to get to her because her body ragdolled down into the river.”

The jumps in this area have long proved to be extremely dangerous, with several adventurers dying every year by not grabbing at the moss covered section. Local authorities have put out new warnings for researchers and graduate archaeology students to use caution when exploring the local environment in search of their father’s ill-fated evidence of immortality.

“We advise people not to attempt jumps, especially off of the cliffs,” said Lt. Vladimir Popov of the Russia Rescue Unit. “But if they’re going to, they should check that there are at least tiny rocks, ropes, or hand holds on the other side, anything that looks different than the rest of the environment. When in doubt: if it’s glowing—grab it.”

Popov also expressed hope that Croft’s death would serve as a reminder to future archaeologists to be prepared and to make sure they get a significant running start when necessary. “If she had just kept up his momentum after she jumped over that quicksand,” he said. “Lara Croft would still be alive today.”