Super Smash Bros. Ultimate to Be Delayed One Month Due to George H.W. Bush Funeral 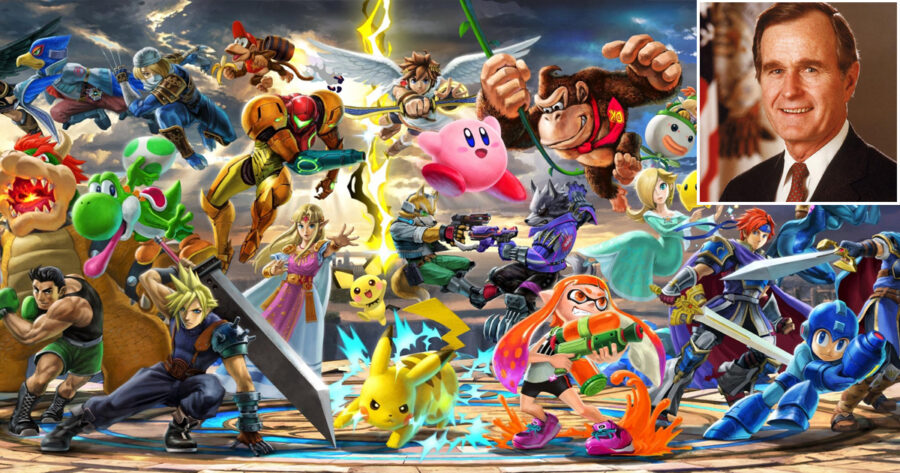 KYOTO, Japan — To honor the death of former U.S. President George H.W. Bush, Nintendo has announced that Super Smash Bros. Ultimate for the Switch, originally set to release December 7th, will be delayed until January 7th, 2019.

“President Bush may have absolutely nothing to do with our video game, but it is important to honor Presidents who have passed,” said Smash Bros. creator Masahiro Sakurai at a press conference. “If Marvel isn’t going to release their new Avengers 4 trailer and the entire U.S. Postal system is shutting down for a day, it seems only right that we delay Smash Bros. for just a month.”

The decision has been met with considerable anger from fans of the game series online.

“What the fuck does GEORGE BUSH have to do with Smash Bros?!” tweeted user @foxxxxyonly63 seventeen times at the official Nintendo account. “It’s not like he was even a GOOD PERSON who should be honored! Everyone knows Bush was a BAYONETTA main in Smash 4 and would play fucking ICE CLIMBERS in Melee!!!!!! HE WAS A DISGRACE”

Despite the large volume of outrage, however, some fans see the delay as a good thing. Several threads have been started in Reddit’s r/smashbros with theories originating in various Discord chats as to how the delay might be a hint towards certain DLC characters.

“OK so we know Sakurai loves to trick the Smash community with hints like when he said the number of songs in Ultimate and then a few seconds later explained there were actually more,” began a user in one such thread. “A delay of one month is obviously a reference to games where time differentials are an important aspect and Sakurai mentioned once in an interview from 2003 that the new TimeSplitters game looked ‘pretty cool,’ implying he is a huge fan of the series. The game comes out in 2019 now, a year that starts with the number 2, meaning the first DLC character will be from TimeSplitters 2. And why was there a delay? George H.W. Bush. The Bushes, in political cartoons, were almost always portrayed as monkeys. So I would say with about 95% accuracy that the monkey from TimeSplitters 2 will be the first DLC Smash Bros character and I’d wager to guess that Isaac from Golden Sun will be the monkey’s echo fighter for absolutely no reason other than that I really want Isaac in the game.”

At press time, Sakurai denied that the delay had anything to do with DLC characters and insisted that he needed to get back to work because he had only been awake for the last 96 hours.