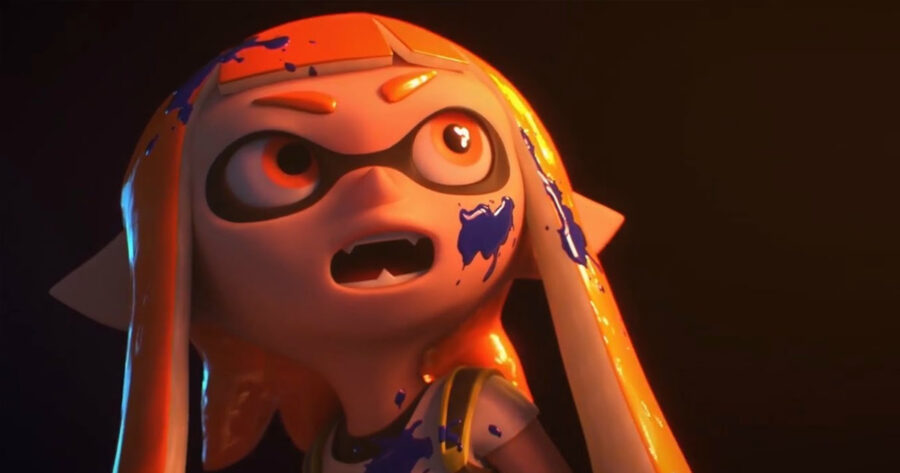 BATTLEFIELD — After a heartbreaking loss, an orange Inkling girl reportedly spiked her Splattershot to the ground and stormed offstage while hurling insults back at her player, Todd Higgin, who she claims is low-tier and blames for her defeat.

The match took place in the loser’s bracket of pools at the event, where Higgins partnered up with Inkling proceeded to get crushed by a mid-tier smasher controlling King Dedede.

“It’s absolutely fucking unbelievable! All he has to do is hit a goddamn fucking Side-B!” a visibly frustrated Inkling said in an interview. “Is that so much to ask? Like seriously, am I going batshit insane right now? My kit is tailor-made to carry dumpster-fire scrubs like him to at LEAST top 64.” She continued, picking up her discarded weapon, “It’s fucking demoralizing getting 3-stocked by a 15-year-old that doesn’t know the difference between a short-hop and a foxtrot.”

“I just want to enjoy being in a Smash game for the first time and this bottom-tier trainwreck of a player is dragging me down. This guy Todd has the laggiest hands in the planet. This tournament needs to start banning high-tiers like John who wipe the floor with the poor Todd’s of the world.”

When asked about the incident, Higgins responded with a confused shrug, “I can’t help how I was made, you know? My thumbs have some pretty bad frame data, I just have to work with what I’ve got and hope God and/or Sakurai fixes it eventually.” He then attempted to make to put his performance in a better context, “We got that guy in losers [bracket] down to 1 stock in the second round, that’s win-adjacent right?”

“Todd’s wasted $5 a week, every week for a month, on entry fees,” Inkling Girl went on to say, “I honestly wish he’d leave me the fuck alone, every time I’m seen with him my credibility goes down with the other fighters. Even goddamn Mr. Game & Watch is laughing at me. This guy makes Puff look like she’s playing Melee.”

Inkling was last seen getting demolished by King K. Rool being controlled by a stray cat swatting at the c-stick.