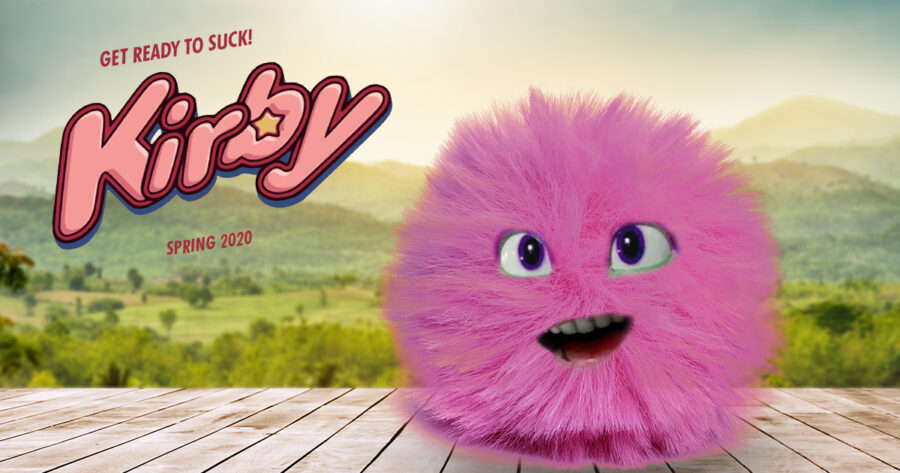 LOS ANGELES — In a PR blitz designed to negate the backlash to their Sonic the Hedgehog live-action design, Paramount executives scrambled to appease fans by releasing an early teaser image for their upcoming film adaptation of the Kirby franchise.

The studio is keeping the plot largely under wraps, but has excitedly told fans that the movie will star James Spader as an aging high school janitor who discovers Kirby in Seattle after King Dedede, a foreign monarch played by Christoph Waltz, tries to take over the world. According to those close to the studio, Paramount executives are confident fans will love the new additions to the Kirby canon.

“After hours of research, we at Paramount feel we’ve captured the spirit of Kirby and the franchise. We’ve envisioned it from the beginning as our answer to Minions,” said Paramount spokesperson Sarah Grant. “And holy shit do we think fans are going to love Kirby’s fur in this movie. The animators broke new ground making his eyes and mouth look as realistic as possible.”

When a distressed local Kirby fan screamed out “Why?!” from the audience of the press conference, Grant elaborated.

“We know our dedicated fans care a lot about this property and that’s why we are so excited to unveil the voice of Kirby, 12-year-old Marsha Gianopulos, Paramount CEO’s extremely talented daughter!” Grant said to a collective groan. “We really think she’s going to knock it out of the park, especially because Kirby have no dialogue and Marsha has already put in some amazing work voicing the character’s various squeals. This is her first ever role!”

According to Paramount, the script will be finished by Winter 2019 and the film will be out in Spring 2020. The current tagline for the movie is “Get ready to suck!”