NSA Denies Watching Your Half of Screen 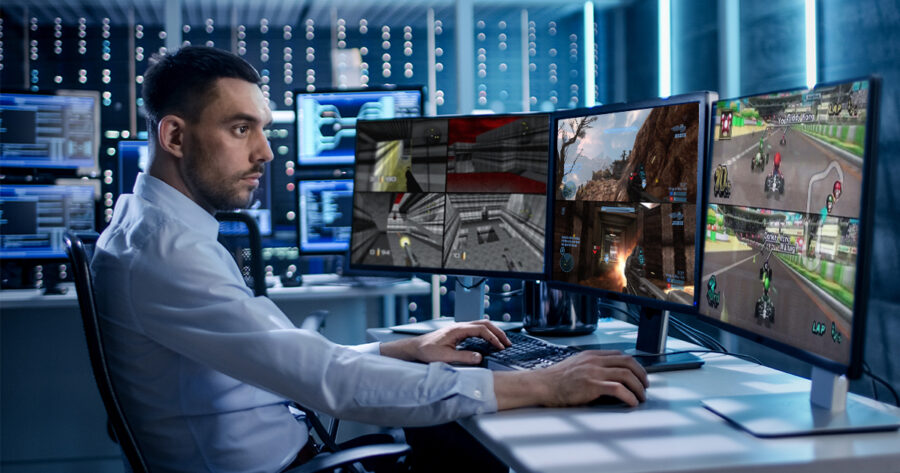 WASHINGTON – National Security Agency Director Michael S. Rogers released an official statement today denying all accusations that the NSA has been watching your half of the television screen.

The statement, which was given at a press conference and broadcast on national television, included promises that the NSA did not partake in any illegal screen-watching of such video games as Halo 2, Goldeneye for the N64, and even Mario Kart: Double Dash.

“I would like to make it clear to the American people that the National Security Agency does not presently engage in the practice of ‘screen-watching’ nor has it ever,” said Rogers in front of a room of reporters. “In fact, if we were watching your half of the screen, it would only be in the best interest of all characters involved in the current game.”

The statement was released in response to the public outrage that was expressed this past Friday when the NSA became suspiciously skilled at finding your location, often times shooting you from behind. This is the second scandal to hit the National Security Agency this month. At a sleepover two weeks ago, multiple members of the NSA were caught unpausing the game while you were downstairs getting chips.

As tensions about cyber security grow high in the United States, former NSA leaker Edward Snowden issued a statement of his own about the situation on his personal website.

“There is no bigger issue facing the United States right now than cyber security… and there’s absolutely no way those fuckers knew to hide right behind that corner with a shotgun unless they were peeking at my fucking screen,” said Snowden.

“Maybe you should just quit being a sore loser,” he said in a second statement to the press. “Every time we play together you get mad, I don’t know why I even play with you anymore when you always get like this. If you don’t stop I’m just going to quit.”