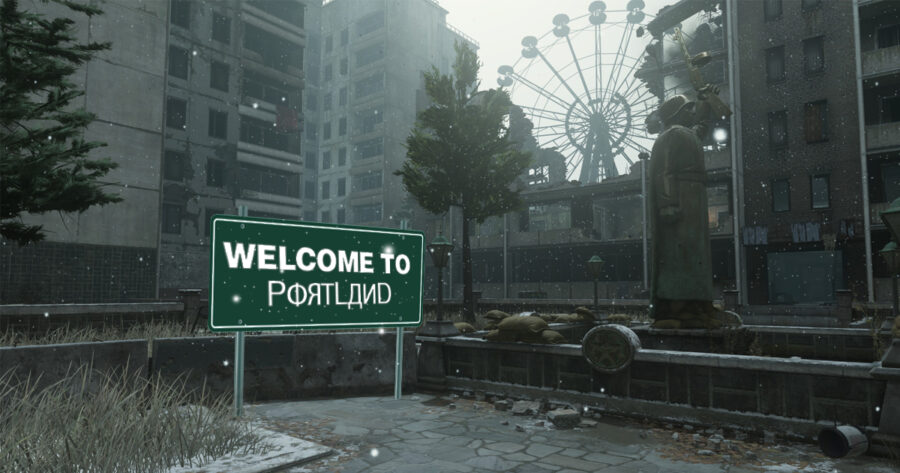 SANTA MONICA, Calif. — Activision announced that the next game in the Call of Duty franchise, Call of Duty: Uprising, will take place in the fictional Russian city of PФЯҬLДИD, allowing American soldiers to aid Russian civilians in the fight against their oppressive government.

“To be perfectly clear, the city of PФЯҬLДИD — pronounced ‘Rfyatldid’ — is not based on any real world city or events,”  said lead developer Todd Whittle in an announcement video. “It’s simply based on the idea that we, as Americans, all know in our hearts that something funky is going on in Russia and the Middle East. Something funky that red-blooded Americans should be able to roleplay stopping at nothing to defeat with some good ole patriotic violence of our own. That’s where Call of Duty comes in.”

“And no, we don’t really feel bad about making up a fake city to defend,” Whittle continued. “Because if something like PФЯҬLДИD did exist — government agents kidnapping protesters for no reason other than speaking out against injustice — it would obviously be immoral. That’s why we’re lucky it’s something that only exists in our video game.”

Despite Whittle’s insistence, however, story developer Joey Barnes claims that the game is somewhat based on reality.

“I have the easiest job in the fucking world, dude,” Barnes said in a phone interview. “Once a year I look up some shit that America did recently and I flip it to be someone with a weird accent. People ask me all the time in pitch meetings how I come up with my killer ideas for plotlines and I don’t have the heart to tell them that my co-writer for this one is Attorney General William Barr. I’m not doing political satire or whatever, I’m just too lazy to change things more than I have to.”

At press time, Activision hinted at a possible DLC that lets players act as U.S. soldiers fighting corrupt Venezuelan politicians who keep their power by locking up its own citizens for minor drug offenses, stripping them of their right to vote.