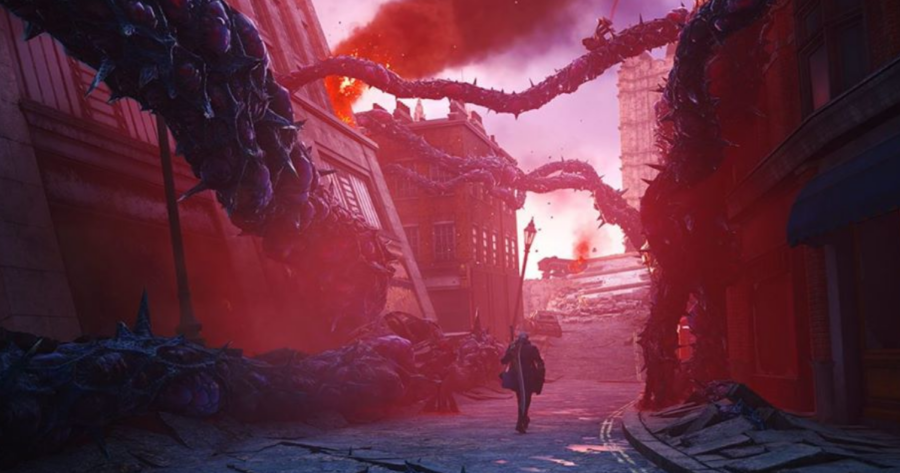 CHICAGO — A hectic scene unfolded this morning after a giant reptilian monster ravaged the downtown Chicago area, completely leveling the city in such a way that merely a perfect linear pathway was all that was left for city goers to traverse.

The unidentified creature tore through several buildings, causing large piles of debris to drop on the street below. Due to the piles’ uniform chest-high height, several side streets were rendered inaccessible, forcing those who were fleeing the scene to forge ahead in one set direction en route to evacuation.

“I had no idea where to run to,” Chicago resident Lindsay Barnes told local reporters. “That is, until I noticed that the road had been been up-raised in a way that it perfectly connected with an overhead subway line, which now just happened to cross paths with the roof of a tilted court house. What luck!”

Other panicked civilians tried to run into nearby buildings for shelter, but they quickly found that almost every door was tightly jammed, except for one which had been perfectly blown off its hinges, briefly detouring everyone through an underground sewer section of the city.

After exiting the sewer, residents were startled when a sudden tremor caused a giant billboard to fall behind them, effectively blocking them from retreating back where they came from.

“Chicago was built to be an interconnected city, which residents could easily navigate,” explained Chicago Planning and Development commissioner Maurice D. Cox. “But we clearly failed to account for what would happen if all the cars on the street suddenly piled up, creating a series of unclimbable barriers that systematically herded everyone directly to the lakefront. That’s on us.”

The path eventually led fleeing locals to the monster itself, which had flattened a whole city block into a perfectly circular arena with no exit. Fortunately, residents banded together to kill the monster by using various rocket launchers scattered around the perimeter.