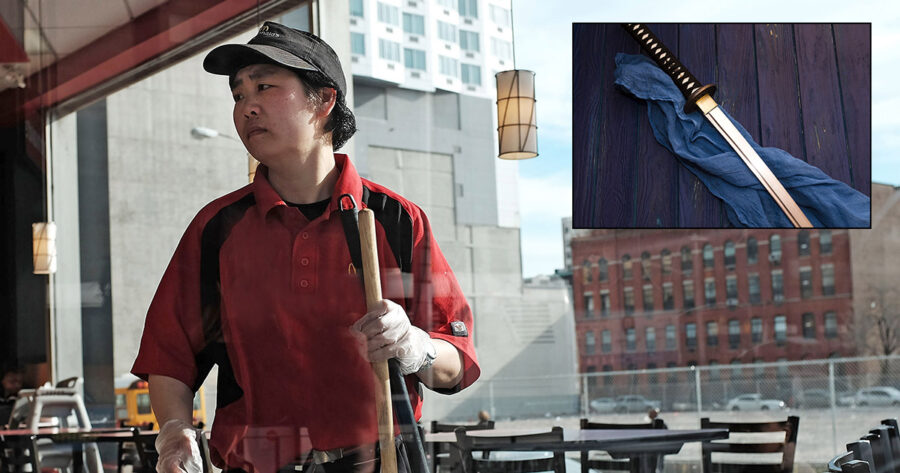 JOPLIN, Miss. — Weapons aficionado Douglas Han has begun taking extra shifts at his fast food job to acquire what he calls his “most badass sword yet.”

“It’s a grind,” said Han, 22. “I’m still a bit of a noob at McDonald’s, but any powerful warrior has to begin his or her journey at the drive-thru window. I’m getting a small amount of experience with each burger I assemble and McNuggets I microwave.”

Han — who has amassed a small collection of swords, daggers and knives over the past decade — has volunteered to work 60-hour weeks so he can finally afford a “three figure” sword and upgrade his bedroom wall to the next level.

“I haven’t decided what my next weapon exactly will be or what stats to focus on,” said the eager Han. “There’s a rapier with extremely high ratings in speed and sharpness. There is also a katana I’ve been eyeing made of carbon steel and a leather hilt for maximum striking force. It’s a trade-off for sure.”

The young swordmaster’s coworkers at the off-highway McDonald’s franchise report that Han has been tirelessly working toward the level of “Shift Manager” so that he can acquire the resources needed to purchase the cool sword at a faster rate.

Asked what the hardest parts of the grind have been so far, Han said, “Well, I consider myself a paladin because of my close relationship with God, so the sword is a natural choice for me. But things would be so much easier if I had become a spellcaster instead. Wands are really cheap on Etsy right now.”

“Also, the lack of a healer has been really tough,” he added. “Our health insurance doesn’t kick in until 90 days after we start. That fucking sucks.”