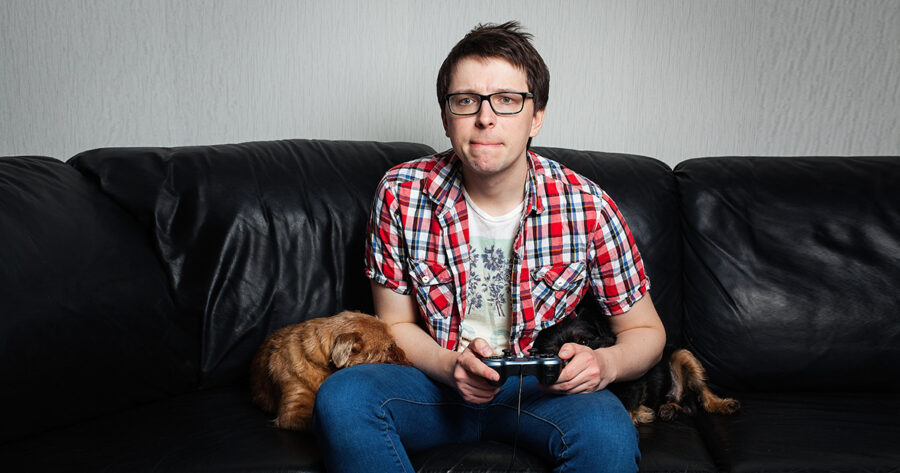 BAKERSFIELD, Calif. — Local gamer Dominick Parra doubled back through a video game dungeon to make sure he wasn’t accidentally going down the correct path, according to those familiar with the situation.

“Nothing worse than exploring a path down a dungeon and realizing, shit, I went the right way; time to get teleported out of this area,” Parra explained. “That’s why it’s so important to go back and make sure you’re still going down the wrong path, that way you can easily explore every single inch of an area before making your way towards the door. That’s the best of video games, I think — catering to the symptoms of my Obsessive Compulsive Disorder.”

According to developers of the game Parra is playing, an RPG called Magicka Uprising, the game is designed to make it easier for players to know that they’re not headed in the correct direction.

“We know how confusing it can be in games to make sure you’re headed down the wrong path,” said lead developer Cecil Rodriguez. “We wanted to make sure that players can always tell when they’re going through a hallway that’s going to force them out of the dungeon forever and when they’re going through just a normal hallway that might have a little treasure chest with like fifty gold coins or whatever. That’s why the dungeons are filled with signs with arrows pointing towards the exit, and NPCs who stand around and say things like ‘You’re going the wrong way! Turn back now, adventurer! There are no secrets in this corner of the cave!’ That way you know there’s a secret in the corner of that cave.”

At press time, Parra was reportedly cursing himself after realizing he had accidentally left the dungeon before taking out all his items in front of a weird rock and seeing if anything happened.