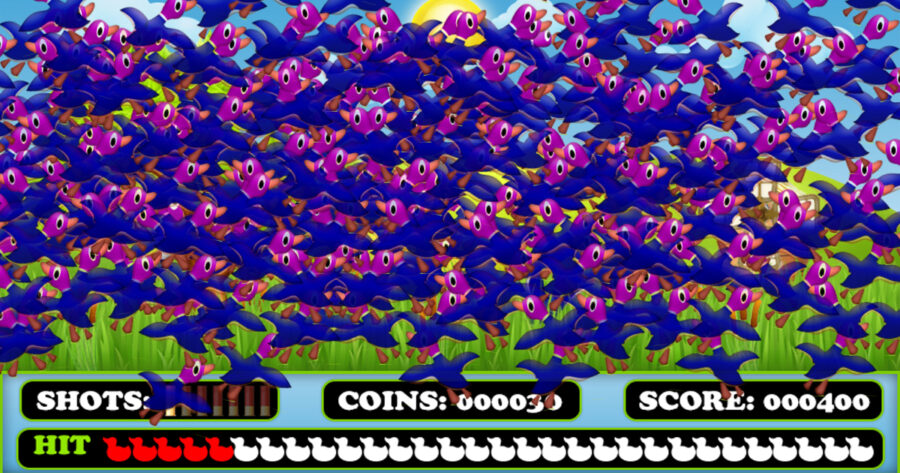 Hey gamers, are you tired of your childhoods being cashed in on by way of cheap reissues and “special” editions? Are you ready for a TRUE re-imagining of a retro classic? Well then you’re in luck, because our upcoming Duck Hunt: Remastered is going to be one of the premiere gaming experiences of this, or any, gaming generation.

Picture a living, breathing world. And then picture a million ducks in that motherfucker.

Look, we have nothing against the original Duck Hunt. We love it, we grew up playing it, but we all know it was at the mercy of primitive gaming technology when it was made. If we asked the designers of the original what they wish they could’ve done differently, they almost definitely would’ve said “Oh I don’t know, maybe fifty million goddamn ducks?”

The first time you open fire into a colossal flock of these bastards, we really think you’ll be amazed at the technical capabilities of the game. The animation, the graphics, the physics. But mostly, you’re just not going to believe how many ducks we got into this fucker.

I’m not trying to sell you on our game. This game sells itself. You want to go play Cabela’s instead? Fine. Have fun looking for rhino in Africa with your dick in your hand. The real gamers will be over here massacring ducks by the hundreds.

Look for it this summer. It’s going to have Arcade, Campaign, Multiplayer, and Online modes. I’m only telling you this now because there’s so many goddamn ducks on the menu screen it can be tricky to read.

Oh, also, it comes with a real gun.