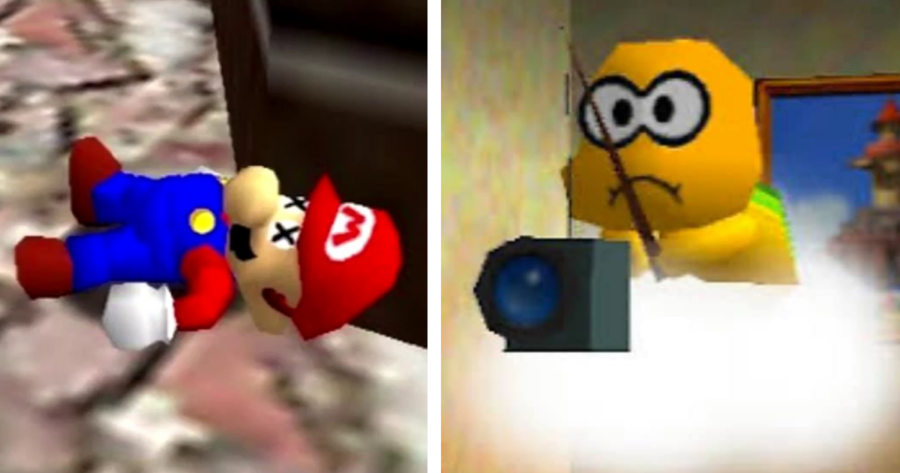 MUSHROOM KINGDOM — Following a public outcry, auteur filmmaker Lakitu defended his decision to continue running his camera while a simple Italian plumber was burned, lacerated, and ultimately beaten to death by a giant turtle monster.

Lakitu spoke to reporters from the set of the documentary, where he had just finished filming an extended close-up on the man’s dead body. The man is being kept anonymous, as his brother has not yet been informed of his death.

“Every person has their own role in life, and we must strive to play our roles to perfection,” explained Lakitu, floating on a cloud above a chair labeled Director. “My role is to document what appears in front of my lens. In this case, that was a man — a working man, you see — who showed up at this castle on a routine job. Little did he know that by stepping in that door, he set in motion a series of events that would end, inevitably, with his brutal death.”

When asked why he couldn’t have at least attempted to call for help after the monster beat the man unconscious on a floating platform surrounded by bombs, Lakitu was defiant.

“I am not a life saver,” he said, reeling in his camera for the day. “I am merely an artist.”

Still, many observers were appalled at Lakitu’s actions.

“He can hide behind the camera all he wants, but we all have moral responsibilities as living things,” said Toad, a civilian who actively helped the plumber throughout his journey by offering small, crucial tips. “Just because the guy is a director, just because he went to film school and learned all three camera angles, that doesn’t mean he can just let a guy get hit with two bombs, burned to a crisp, then shredded to bits by a tail the size of a bus.”

Lakitu was last seen hovering nervously near a drainage pipe on the castle lawn.