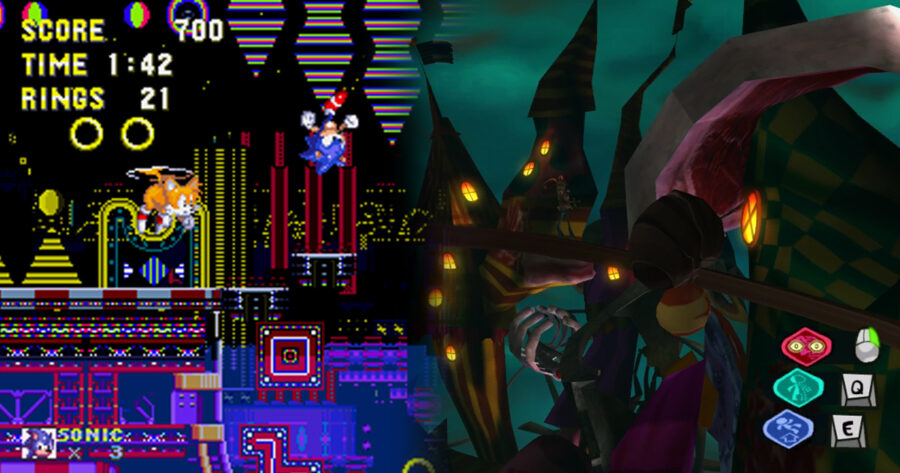 PHOENIX — Local resident Shauna Johnson was playing the newest hit indie platformer when she made a shocking discovery: a level she had understood as being circus themed had transformed into a water level.

“It all happened so fast. One second I’m bouncing off trampolines and trapeze swinging, and then WHAM! I’m underwater. An air meter popped up next to my character and I just froze.” Johnson said. “I thought I was hallucinating but then the game started throwing clowns in scuba gear at me as enemies and I realized that this was really happening.”

Johnson explained that prior levels featured odd mashups such as “Big City That Is Also Filled With Lava” but nothing this appalling. “I mean, come on. You can’t take the chip-tune clown honks of the music and slap an underwater filter over the track that makes it sound like a tsunami hit a circus. It just throws the whole ambiance off”

When asked for a comment, developers Bitter Former Sonic Romhack Makers adamant. “You can’t appreciate joy unless you experience sadness and that is a design doctrine we will never apologize for. We expect by the time our community embraces ‘Bubbly Big Top Zone’ thy will be ready to embrace the next level called ‘Sewer In A Desert Zone.’”

Fans of the game came out to support the developers decision to include the level mashup, claiming, “at least they didn’t also put a goddamn escort mission in there,” before angrily glancing towards the unfinished Psychonauts playthrough in their Steam library.