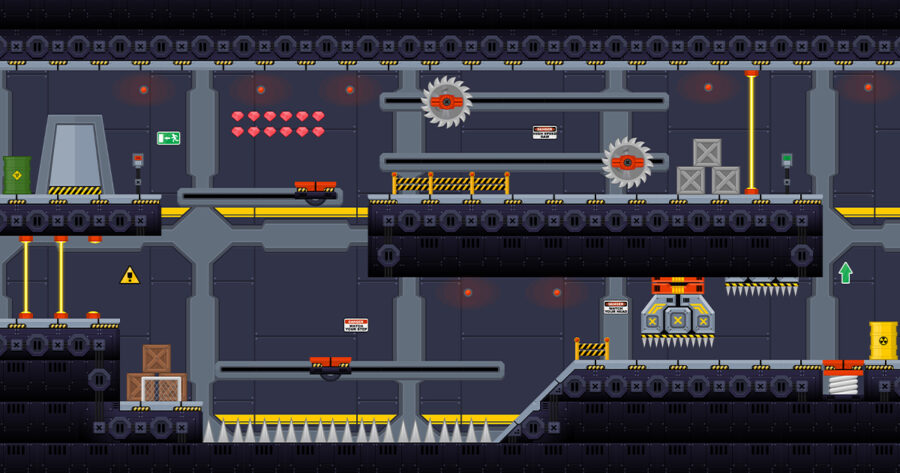 While some are saying the game is a ripoff of the Metroid series, critics are calling it a passionate love letter to the series.

“I’ve always had a ton of respect and love for the Metroid series, and this game is meant to be a testament to everything the game does well by doing it slightly worse,” explained lead Vetroid Mania designer Michael Andrews. “I would just like to say that I love the Metroid games and have played every single one of them, unless you’re accusing me of ripping them off, which I couldn’t have done because I’ve never even played a single one before. Sure, I’ll admit it has some Metroid-like elements, like the title, story, art style, gameplay, music, and controls, but it’s a completely different thing. I added a grapple hook to it — that’s inspired by Spider-Man.”

Despite some plagiarism claims, critics have taken a shine to the indie title.

“More games should just be hollow shells of good games — that’s what the games industry needs,” said IGN Reviewer Simon Fink. “This game has every element of a game I already like, and I thought that was a brave, groundbreaking choice. It could be considered a rip-off until you consider Metroid games a genre, then it’s just an elevated retro throwback that’s a must-play for all Metroid fans”

“It’s not like Nintendo is exactly pumping out Metroid games anyway, so fuck it, might as well make some slightly worse ones,” Fink added. “I don’t see people up in arms every time some indie developer announces they’re making Mother 4.”

At press time, the studio behind the indie game announced their newest title that they described as ‘like Halo but with vehicles.’