Ash’s Pikachu Devastated After Picking Up Cool Rock He Found 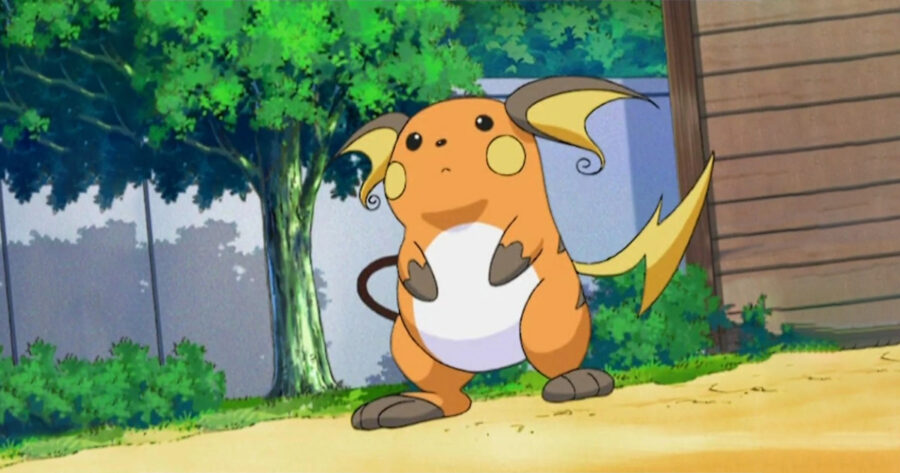 CELADON CITY — The starter Pikachu of 10-year old trainer Ash Ketchum inadvertently evolved into his next form of Raichu after having discovered a cool looking rock, according to despondent sources.

“It all happened so fast,” said Ketchum. “We were prepping to face Erika, the Celadon City Gym leader. She’s got all grass types so I knew Pikachu would stomp her ass. Pikachu and I were about to hit up the PokeMart and something in the grass outside caught his eye. He picked it up and there was this huge flash — he just hasn’t been the same since. I’m not even sure what to call him anymore!”

“He’s been too depressed to even eat,” said Ketchum’s companion and former gym leader, Brock. “He hasn’t even touched any of the jelly donuts I made for him with the rice cooker. Normally he’s all about that stuff, but now he just spends most of his time trying to coil up his extra long tail and color himself in with a yellow Sharpie. You can’t undo the mistakes of your life, little buddy. You gotta just look forward to the next day, Pik— I mean Raichu.”

As people can only guess as to what’s going through the Raichu’s head, other Pokémon have offered up their opinions on the matter.

“It’s really getting to him,” said one Meowth who is miraculously able to speak perfect English. “I mean, the poor rat had his heart set on winning a Pokémon league championship before ever evolving into a Raichu, but now? His best years are behind him. When you hear him say ‘Raichu-Raiii’ that isn’t just him saying his new name. That roughly translates to ‘I’m going to fucking kill myself.’”

At press time, Ketchum went on to say he regrets not “holding B” whatever that may mean.