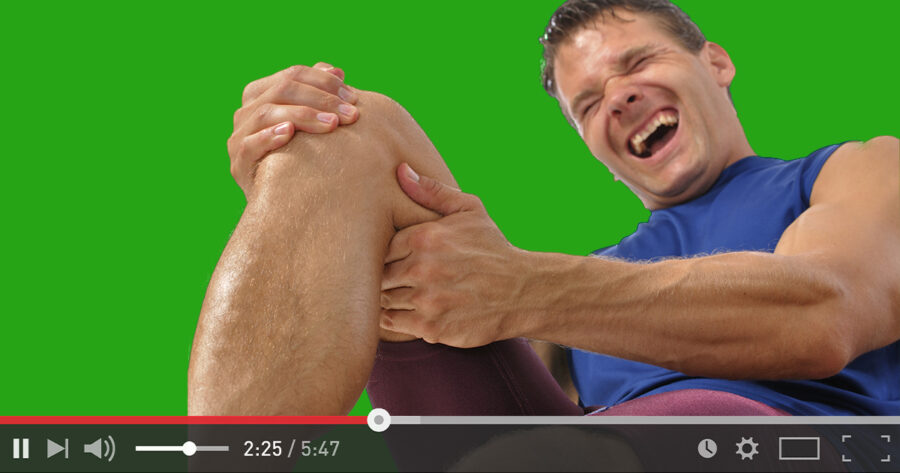 BOSTON — A popular YouTuber will be sidelined for at least 9 months after he violently tore the ACL in his left leg jumping right into his latest video, an essay about various Easter eggs hidden in Marvel movies.

“Without further ado, let’s jump right into it,” said Finley Hickman before pivoting slightly into his chair so as to face a different camera. Sadly, before he was able to explain the connections between Shang-Chi and the Legend of the Ten Rings and 2008’s The Incredible Hulk, a tearing sound was heard and he dropped out of view of either camera.

“Oh fuck, help me! Help me!” Hickman cried from the ground. “If my camera is still going, could someone send me some help? Oh jesus you guys, I’m really fucking hurt. Don’t forget to follow and sub please, thank you so much guys. Ow.”

Hickman sought medical attention immediately following the completion of the video, which was uploaded under the title “Shang-Chi Easter Eggs You May Have Missed/Guy Absolutely DESTROYS His ACL//Must Watch,” where it quickly became one of his most popular videos.

“I’d never seen that guy’s stuff before, but he rules,” said Gwen Blackmore, who checked out Hickman’s videos after hearing of his grotesque injury. “These stupid videos about popular movies are a dime a dozen on the internet, but you don’t really see too many guys willing to just jump right into it like he did with full abandon. A lot of people say they’re gonna, but this guy walks the walk. While he still could, at least.”

Doctors have told Hickman that if he doesn’t radically change his approach to making content, these types of injuries could continue to plague him.

“He can’t just keep jumping into things like this,” said Doctor Santino Justice, Hickman’s primary care physician. “This is his first major injury, sure, but the x-rays revealed he’s got the knees of a retired ballplayer. This is obviously very concerning. Perhaps instead of jumping right into things, he can slowly approach the topic of his videos, and sort of just casually head into it? Maybe just kind of vibe for a minute up top. Does that work at all?”

As of press time, Hickman’s first vlog from his physical therapy sessions ended in further injuries. We will update this article as soon as possible with his updated condition.