Report: Hayao Miyazaki Disappointed You Smoked Weed When You Watched ‘Spirited Away’ That One Time 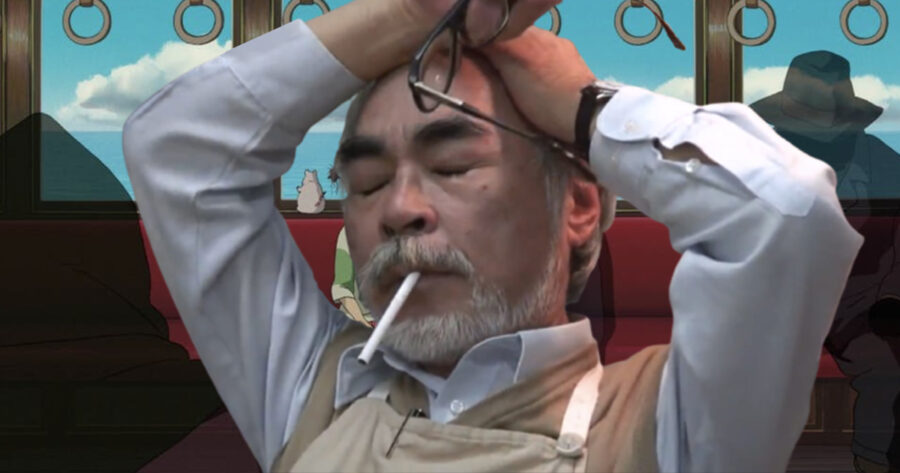 TOKYO — Renowned animator, writer and director Hayao Miyazaki was reportedly “disappointed” to learn that you consumed cannabis while viewing his film Spirited Away at your friend’s house a few years ago.

“I am disappointed, yes. This is true. But it is my own fault. I simply expected too much from you,” said Miyazaki of your actions, which included glogging down three bowls of ooey gooey through a bong shaped like an elephant. “I will not make this mistake again.”

Miyazaki also took issue with many of the comments you made during the viewing, which he described as “foolish” and “worse than saying nothing at all.” He was especially let down that you exclaimed “Yo what? That’s crazy!” when Chihiro’s parents transformed into pigs.

“I suppose that moment would be ‘crazy’ for someone in your state. I don’t know. But had you been watching with clear eyes, you would have seen that what happens to Chihiro’s parents is perfectly natural—in their capitalistic gluttony, they are already nothing more than pigs, long before they appear as such on screen. Do you understand?” Miyazaki asked, noting that you behaved in “much the same way” as the parents when you ate that entire bag of potato chips. “Nevermind. It doesn’t matter.”

When asked for a final comment, Miyazaki refused, insisting he had “nothing further to say about you.”