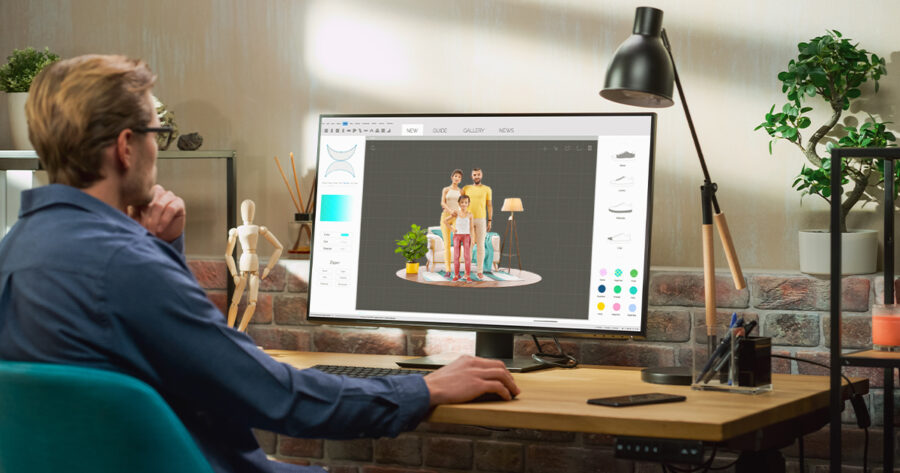 ATLANTA — Marvel Visual Effects Artist Thomas Cromwell was reportedly reprimanded by Disney after managers found a CGI render of his family the artist created to longingly stare at during his 18-hour shifts.

“Whenever I start thinking about my wife and kids while polishing the material on Paul Rudd’s Ant-Man suit, I just pull up my model of my family, and wonder what they could be up to,” Cromwell said. “It looks exactly like them — at least exactly what I remember they look like — and photos that remind us of our home lives are strictly against Marvel policy, so I can only do it during the fifteen minutes every day where Mr. Feige isn’t watching over me.”

Cromwell’s family have begun to note the toll his job has taken on his personal life.

“My husband and I never go out anymore, and the rare occasion we do his mind is completely occupied by what shade the Hulk would be in the restaurant’s given lighting,” Lucille Cromwell said. “I’m glad he was able to create a photo-realistic model of our family, and he tells me that sometimes he puppets it around and simulates digital family picnics, dates, and holidays. Hopefully the aging-technology is accurate enough for him to render what it would look like to see what our daughter looks like now.”

President of Marvel Studios Kevin Feige addressed allegations that members of the effects team are in harsh working conditions.

“The rumor that we mistreat our VFX artists is just plainly untrue,” Feige said. “Just last week, one of our artists was having a family emergency, and so I personally lightened his load by loosening his collar a little bit for the remainder of his shift. Another one of our team was going through a difficult divorce, and it was showing at work, so I sat him down and told him that he didn’t need to come back to work for a while, because his single ass was fucking fired.”