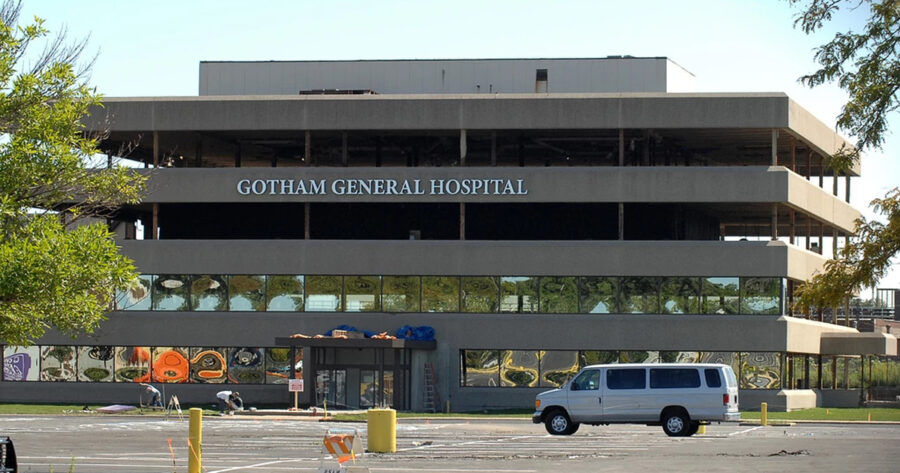 GOTHAM CITY, N.J. — Administrators of Gotham General Hospital have issued a statement to the city’s famed vigilante crusader, imploring him to reconsider his stance on executing criminals.

“Look, every ER in the country struggles to keep up, that’s the nature of health care,” said Brenda Nash, head nurse at the hospital’s emergency room.  “But these nights when Batman’s out there, we’re dealing with dozens of arm and leg fractures on top of what we’d normally get. It’s really overwhelming. Maybe he should think about killing some of these guys, that’s all we’re saying.”

The caped crusader, a polarizing figure in the community even with the support of police commissioner Jim Gordon, has long maintained a policy of not killing the criminals and thugs he spends his nights thwarting.

“I get it, moral high ground and all that,” said Nash.  “But it’s not really that easy. If anyone sees Batman, will they tell him a lot of these guys aren’t pulling through? He’s really just giving us a lot of extra work.”

Hospital employees aren’t the only ones that feel Batman should re-evaluate his policy.  A former victim spoke to reporters on the condition of anonymity.

“I was a mixed up kid, running with the wrong crowd,” he said through a speech generating program on his computer.  “One night the Clock King offered me thirty-five bucks to stand guard while he robbed a jewelry store. I needed the money, and didn’t think I was hurting anyone.  Then Batman showed up and knocked out all my teeth and pretty much broke my whole left side.”

The man is now confined to a wheelchair, unable to find work since.  He insisted that he would’ve been happier had Batman killed him that night, as opposed to his new routine of physical therapy sessions and corrective surgeries.

“Not only are cases like this heartbreaking,” said Nash.  “But they also come at an incredible cost to taxpayers. I swear Batman would’ve bankrupted us by now if it weren’t for all of those charitable donations from Bruce Wayne.”