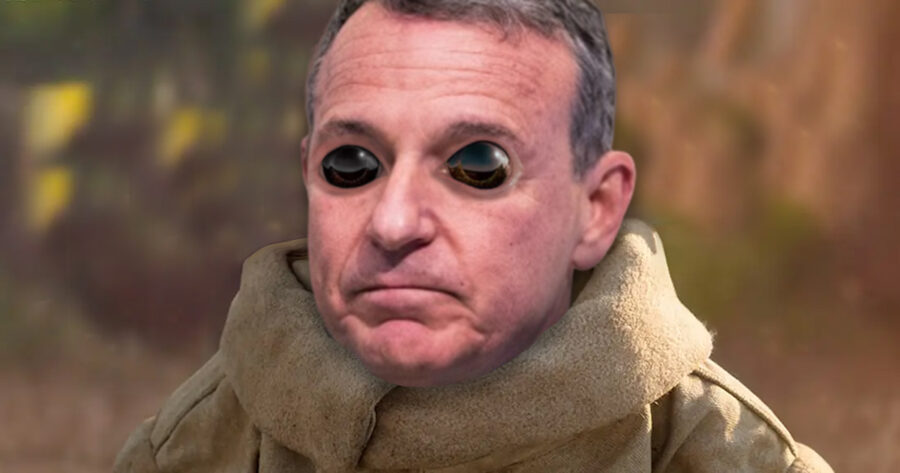 BURBANK, Calif. — Disney CEO Bob Iger made a surprise announcement this afternoon that he would be stepping down from his position, effective immediately, to be replaced by Baby Iger.

“Bob Iger is a beloved figure among fans of Disney-owned franchises like Avengers and Star Wars, and while he will be sorely missed, we have an extremely adorable, marketable replacement ready to go,” said Disney spokesperson Diane Thompson, summoning a floating orb onto the stage at the press conference. “This little guy cost nearly $100 million to design.”

The orb then opened to show a tiny Bob Iger-like figure with massive baby eyes, and what company sources claim are “the cutest little hands science can create.”

Although reporters immediately began to refer to the replacement as Baby Iger, the spokesperson was adamant that the creature’s name had not yet been revealed.

“His name is The Child,” Thompson said, bowing as the new CEO climbed adorably out of the pod. “All hail The Child.”

As of press time, Iger clarified that he was leaving Disney in order to prepare to run for president in the upcoming election, explaining that he wanted to “run America like a business — Disney” and that on his first day in office he would “start buying up all the smaller countries.”