In its current state, Splatoon 3 is blissfully unbalanced. Its 54 weapons side with Splatsville’s general theme of chaos — some are weak, some are overpowered, and some have absolutely terrible kits that Sheldon should probably be ashamed to sell.

While it’s likely that Nintendo will add more variants and tweak pre-existing ones as Splatoon 3’s lifespan progresses (and while any player can make a weak weapon strong with the right experience and gear), for now, the game’s meta is unbalanced. Despite that, here’s every Splatoon 3 main weapon ranked based on turf-inking power, ease of use, sub and special synergy, and splatting potential. The trusty Splattershot is one of the first weapons you’ll add to your roster, and it happens to be one of the best thanks to its versatile range, mobility, and rate of fire. It’s also equipped with the Suction Bomb and Trizooka, giving it a nice offensive kit that still performs well in later levels.

The Hero Shot Replica, unlocked by completing the game’s Hero Mode, is just a reskin of the Splattershot. They’re the same! That’s it.

The .52 Gal is relatively similar to the Splattershot, but it exchanges a high rate of fire for faster kills. When its Splash Wall is used defensively, the .52 Gal will allow you to get its signature two shot kills behind the safety of a wall. It’s surprisingly easy to get splats with this gun in Splatoon 3, making it one of the game’s strongest.

The Aerospray MG is excellent for inking turf, and it’s even better in Splatoon 3. This neat gun is equipped with the Reefslider and Fizzy Bombs, allowing for swift advances into enemy territory (especially in Splat Zones and Turf War).

The Sloshing Machine is a bit tricky to master because of its low fire rate, but with a little bit of practice, it can become an absolute monster. Especially in a mode like Tower Control or Splat Zones where players are clustered together, this weapon’s massive splash radius makes it easy to get multiple kills at once.

Predictably, the Range Blaster is a typical Blaster with a longer range. Alongside its strong kit with Suction Bombs and the new Wave Breaker, this Blaster’s massive ink radius will steer enemies away from whatever your objective may be. It’s also notably great in Tower Control — simply firing at the Tower will net you plenty of kills and clear up the area for your team.

Other A Tier Weapons: 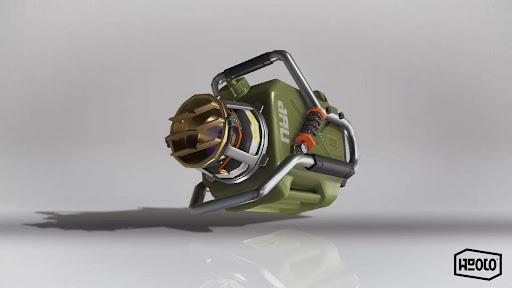 Thanks to its exploding projectiles, the Explosher is a great way to claim turf in Turf War and Splat Zones. However, its projectiles consume a lot of ink, which can leave users vulnerable for long periods of time (especially in close-range combat situations).

The Splattershot Pro is a more accurate version of the top-tier Splattershot, but sadly, it doesn’t live up to its predecessor. It’s great for longer-ranged combat, and the Angle Shooter can help mark enemies, but its inking radius is small and it’s tricky to master.

Ah, the faithful Splattershot Jr.! It’s the weapon the game starts you off with, and it’s more than likely how you’ll learn to master the basics of Splatoon 3. With Splat Bomb and Big Bubbler, this weapon has a versatile kit that provides both offensive and defensive abilities and gives players a great introduction to the game. It’s not as viable for gameplay past the first few levels, though, so if you’re trying to weigh this weapon’s usefulness, it might be time to move on… sorry.

The .96 Gal is similar to the .52 Gal, but its shots are slower and travel further. Because players have to be more accurate with the .96 Gal,the .52 is a more viable choice for less experienced players.

The E-liter 4K takes much longer to charge than the Splat Charger, but it rewards its users with a slightly longer range. The E-Liter 4K also has an excellent kit, as Ink Mines can help protect you from close-ranged weapons while Wave Breaker can mark enemies for easier tracking, though the Splat Charger is much easier to learn for new players.

Other B Tier Weapons: In Splatoon 2, the Tri-Slosher was a great way for new players to experience the thrill of the kill without aiming meticulously. Unfortunately for Tri-Slosher enthusiasts, this weapon only has one variant in Splatoon 3 (so far), and it has Toxic Mist and Big Bubbler, which is an oddly defensive kit for an offensive weapon. While it’s still a viable main weapon, if you’re desperate to use a Slosher, you’re better off using the standard Slosher or Sloshing Machine.

The Bloblobber can be good at scaring enemies away and inking turf in some circumstances, but that’s about it. Its bubbles move slowly and users have to hit opponents multiple times to score a kill, making Bloblobber bubbles relatively easy to dodge.

While the Splatana class seems relatively weak at the moment, the Stamper is the better option of the two. In comparison to the wiper’s subpar kit, the Stamper is paired with the Zipcaster, which will allow you to break into enemy turf, and Burst Bombs, which can be thrown at enemies before or after hitting them for a definite kill.

The REEF-LUX 450 is a slightly faster Stringer with a shorter range. It’s still not the strongest in the game, but it’s a lot easier to use than the Tri-Stringer, and with Tenta Missiles to torture the opposing team, it’s overall the stronger Stringer to pick. Sadly, this cool windshield wiper-themed katana isn’t everything Splatoon 3’s ads made it out to be. Its coverage is relatively weak and it can be tricky to ink turf and get kills. Additionally, it’s paired with Ultra Stamp, which has a very small area of effect in Splatoon 3. If you’re looking to get into the Splatana class, you’re better off opting for the Stamper.

The H-3 Nozzlenose is like a worse, more annoying Blaster. It’s clunky, it doesn’t fire straight, and it’s trickier to master than its sister weapon the L-3 Nozzlenose. It can be useful for scoring some satisfying one-shot kills, but you’re better off using a Blaster.

The Bamboozler in Splatoon 3 is a strong main weapon for the frontline, but its kit is slightly confusing. With Autobombs and Killer Wail 5.1, this weapon’s sub and special abilities are built for the backline, making it relatively unclear where exactly Bamboozler users should position themselves in gameplay. Hopefully, the next Bamboozlers will have more cohesive kits.

The Tri-Stringer is another new weapon in Splatoon 3, but it’s pretty tricky to use. It’s hard to ink turf, and landing direct hits is even worse. If you’re looking to support your team from the backlines, you’re better off opting for a Charger or E-Liter.