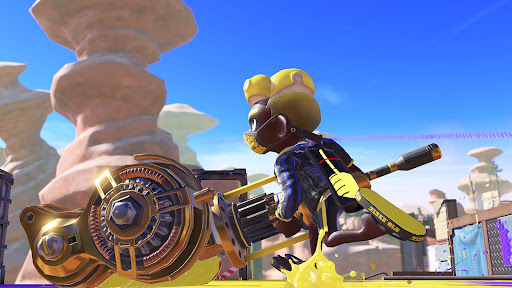 Splatoon has always offered players the opportunity to boost their gameplay through gear abilities, which come with the game’s clothing and offer various stat increases. In Splatoon 3, gear is more fleshed out than ever — now, players can replace a piece of gear’s main ability, which opens up countless new possibilities, by talking to Murch in the Square.

Of course, you can pick your gear based on how cool it looks (I am never taking the teddy ears off), but if you’re determined to splat your way to the top, it might be time to invest in some new gear or alter your gear with Murch’s help.

Here’s every ability (aside from the Splatfest-exclusive Ability Doubler) in Splatoon 3 ranked by versatility and usefulness. 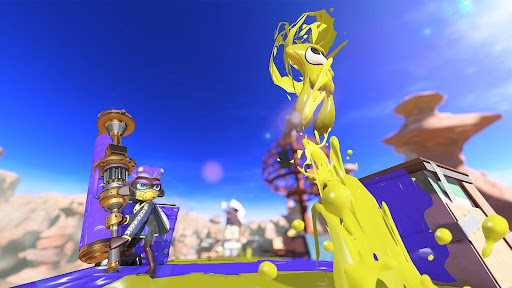 Swim Speed Up greatly improves mobility, which is always a plus for any weapon. It’s especially helpful to have if you’re using a close-range weapon or carrying the Rainmaker, but it’s versatile enough to qualify for the top tier.

Special Saver preserves more of your special gauge after you’ve been splatted, making it easier to push right after dying. Paired with the general chaos of Splatoon 3’s matches, Special Saver is a great way to remain in the fight even if you’re dying constantly.

Ninja Squid allows players to swim through ink more stealthily, eliminating the ripples that appear with movement. Especially when combined with weapons like the Aerospray MG or Tri-Slosher that require users to position themselves near opponents, Ninja Squid is an excellent way to ensure safe mobility around the map.

Ink Saver (Main) decreases the amount of ink consumed by your main weapon, allowing for more turf inking and splatting. You really can’t go wrong with this ability, as it’s useful with every weapon.

Comeback boosts other abilities, including Ink Recovery, Ink Saver, Speed Up, and Special Charge Up, for 20 seconds after respawning. If you’re getting splatted on the frontline often, Comeback can be a game-changer and a great way to get back into battle safely.

Stealth Jump hides your Super Jump landing point from distant players, making it easier to jump across the map without being camped. While nearby enemies will still be able to see your landing point, when enemies are far, this will allow you to make more effective and safer pushes into their territory.

Quick Super Jump allows its user to Super Jump a lot faster, making it easier to get back to the frontline after dying. This is also great if someone on your team has Squid Beakon, as you’ll be able to Super Jump to safe spots without being splatted.

Special Charge Up increases the rate at which your special weapon charges, meaning you’ll need to cover less ground to fill the gauge. This can be effective for weapons that don’t ink as much turf, and it’s a great option if you’re just hoping to spam your special (bonus points if you’re a Tenta Missiles user).

Run Speed Up can be great for Splatlings and other weapons that require plenty of above-ground movement. However, if you’re swimming more than running (which is the case with most non-Splatling weapons) and looking to increase your speed, try Swim Speed Up instead.

Ink Resistance Up increases mobility while walking through enemy ink, making it easier to get out of tricky situations where you’re trapped in enemy territory. Especially if you’re using a close-ranged weapon where you’ll be near enemy ink often, this is a great ability to add to your gear. 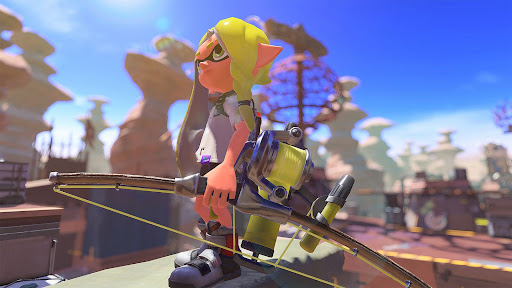 Ink Recovery Up helps your ink tank refill faster, meaning you’ll need to spend less time submerging to recharge. If you’re using a weapon that sucks up ink quickly (like Rollers or Chargers), Ink Recovery Up is a solid choice.

Quick Respawn shaves a solid amount of time off of your respawn time, allowing you to get back into the game without wasting as much time. Unfortunately, you’ll need to be splatted twice in a row without splatting anyone for this ability to activate, so this only really works with short-ranged weapons where you’ll likely die more.

Similar to Ink Saver (Main), Ink Saver (Sub) reduces the amount of ink your sub weapon consumes, making it easier to consistently bombard enemies with sub weapons without needing to recharge as often. Of course, you’ll likely use your main weapon more, though Ink Saver (Sub) is still a viable option if you’re frequently using your sub.

Drop Roller allows its user to perform a roll during Super Jumps, making it easier to escape from enemy campers. This also applies to Inkjet and Zipcaster, so weapons with either of those specials will be able to fully utilize Drop Roller. You’ll still be vulnerable, though, so this isn’t always worth spending a slot on. 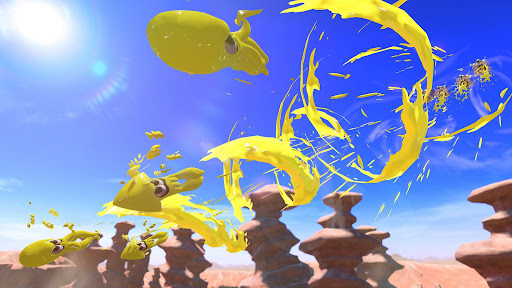 Sub Resistance Up increases your resilience to opponent’s sub weapons, especially bombs. While it can be useful in circumstances where the enemy team is relying on a barrage of sub weapons, it’s a pretty niche ability that’s not often applicable.

Opening Gambit boosts your movement speed while moving during the first 30 seconds of a match. This is useful if you’re in a rush to get to the objective, though it’s almost always better to instead focus on movement throughout the match by equipping Swim or Run Speed Up.

Similar to Opening Gambit, Last-Ditch Effort increases your ink-recovery rate and weapon-ink efficiency during a match’s last 30 seconds. This can be great in making a final push during Turf War, but again, it’s better to focus on your stats throughout the match with abilities like Ink Recovery Up and Ink Saver (Main). 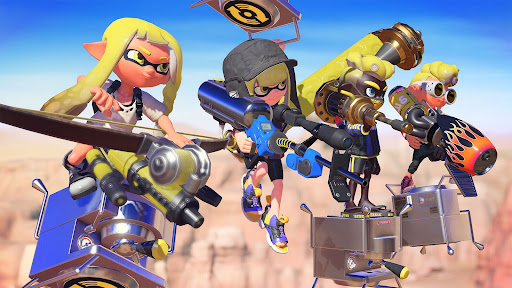 Tenacity starts filling your special gauge automatically if your team has fewer active players than the opposing team. Unfortunately, using your special (depending on what your special is) can put you in a vulnerable position when half your team is dead, so you’re better off using the more reliable Special Charge Up or Special Saver.

This nifty main ability allows you to see players you’ve hit with your main weapon through walls. It’s useful for players who use Chargers and other long-range weapons, but that’s about it. Unless you really need help tracking your opponents, you’re better off picking another ability.

Haunt is similar to Thermal Ink, but it applies Thermal Ink to players who splatted you after you’ve respawned. It’s a neat concept, but it doesn’t impact gameplay much since players can be spotted in other manners.

This ability upgrades Splatoon 3’s sub weapons in a variety of ways, though instead of increasing damage or ink radius, for most sub weapons, it increases travel distance and speed. These effects can be good when stacked, but they’re mostly negligible.