He’s like the Pied Piper, but less likely to drown you in the river. 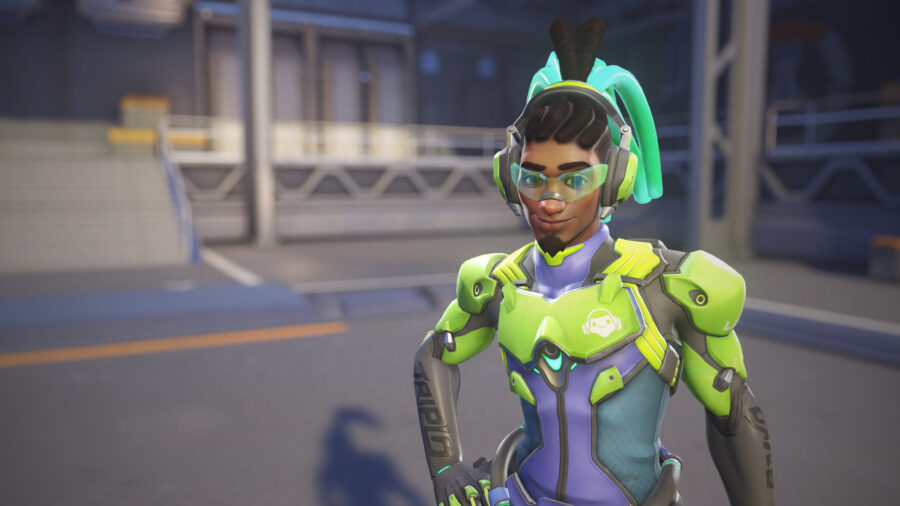 The song-slinging healer Lucio returns in Overwatch 2. In the game’s universe, he was a humble Brazilian DJ until the corporations attacked. He fought back by stealing a powerful prototype sonic device, along with an early build of GTA 6. Now, he uses the stolen tech in unison with his music to heal and strengthen the people, except for the people that run away from the team and then complain when they die. Here’s how to play Lucio in Overwatch 2. 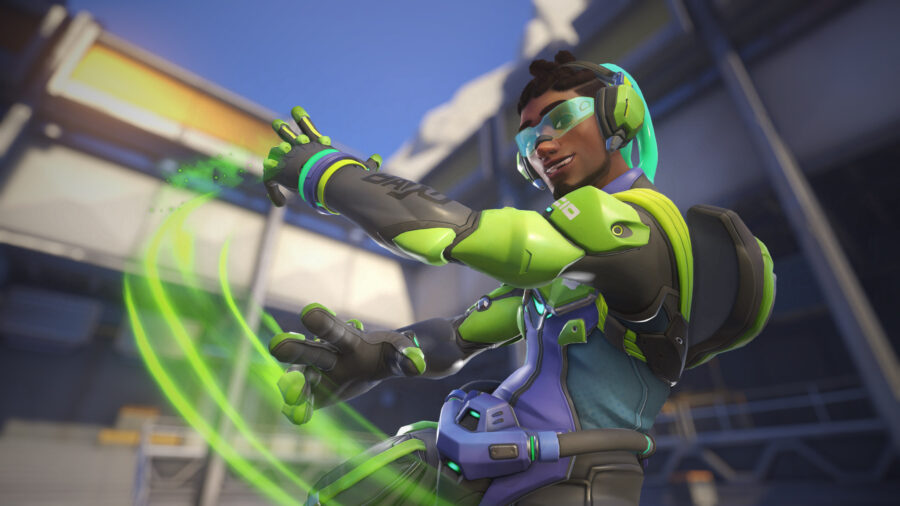 Lucio is a support character, and that means heals. His style of healing is pretty unique compared to the other Overwatch supports, even now: he’s constantly playing his mixtape, which affects all of his teammates within 12 meters. He has two songs, a speed song and a healing song. Both songs are available as actual full tracks, a nice touch from when the game still had heart.

“We Move Together As One“, the speed song, makes Lucio and friends 25% faster. That’s a significant amount, especially considering only Lucio and Junker Queen can affect their allies’ speed directly.

“Rejuvenescência“, the healing song, restores about 16 heath per second to allies, and 6 health per second to himself. It’s a minor heal, but it’s constant. Just hanging around your team lets you pump out tons of healing by doing absolutely nothing.

It can be hard to keep track of which allies are in range of your songs (allies behind you, for example), but there’s a handy number in the middle of your screen that constantly lists how many allies are currently hearing the music. You want that number as high as possible. Watch out for walls: your teammates will get no benefit from your songs if there’s a wall – or an enemy barrier – between you.

Crossfade (Ability): Pressing the Crossfade button switches near-instantly between Lucio’s two songs. He always respawns with his speed song active. That’s good, since that’s the one you want to start with, but once you’re in the fight you’d better remember to hit that Crossfade to start healing.

Amp It Up (Ability): This greatly strengthens Lucio’s current song for three seconds. His speed song becomes a blistering 60% bonus, and his heal increases to 52 points per second! Most characters have 200 max HP, so this can restore your whole team to full health in a few seconds. It goes on cooldown for 12 seconds once it’s done, so proper use of this boost is the key factor in Lucio’s effectiveness as a healer.

Sonic Amplifier (Primary Fire): Each click fires a quick burst of four green audio balls doing 20 damage apiece. It’s a fast attack that travels far, and it can do headshot damage, but it’s weak and hard to hit thanks to the projectiles’ travel time. These are mainly so you have something to do while passively healing. Damage dealt will charge your Ultimate, after all.

Soundwave (Secondary Fire): Sometimes called the “boop”. A 12-meter long blast that does 25 damage and pushes enemies away. This is your main defensive tool. The damage is worthless, but this move has such a short cooldown, it’s worth using anytime you can. It won’t kill, but don’t underestimate the disorienting effect of the push.

There are plenty of situations when shoving the enemy away is helpful, the most obvious being when you can push them into a pit for an instant kill. Keep an eye out for these opportunities: many King of the Hill maps in Overwatch include bottomless pits right next to the point. You can do the whole enemy team at once if you’re lucky.

Sound Barrier (Ultimate): With a powerful drop, Lucio radiates a protective force across his whole team. Its range is actually much greater than his normal songs’, at 30 meters, but the same line of sight rules apply. Anyone affected, meaning yourself and all teammates, get 750 extra health… that rapidly decays over six seconds. It’s easiest to just consider this move six seconds of near-invulnerability. Use it right before everyone’s about to be hit hard, but don’t wait too long: if a teammate dies before Sound Barrier triggers, you’ve just wasted 750 points of health.

One last important feature of Lucio is his movement ability. He uses laser blades on his feet to slide around, instead of using them to kill people like he ought to. This makes him a little floatier than regular-shoed heroes, capable of conserving momentum between jumps. It also allows him to Wall Ride! Jumping into a wall while holding the button lets Lucio slide along the wall. It’s faster than walking, and releasing the button makes him leap forward off the wall. You can absolutely chain Wall Rides into one another to scale entire buildings. 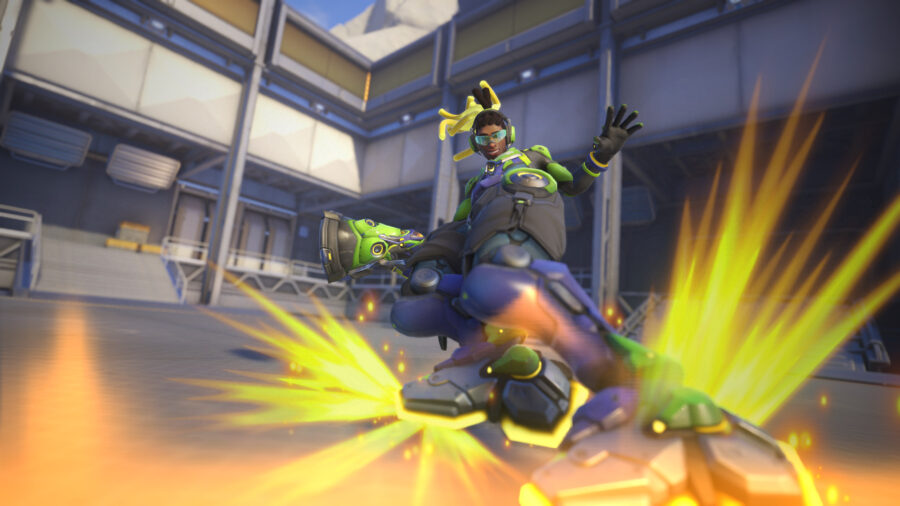 Lucio is almost exactly the same as he was in the original Overwatch. He went through a lot of changes during that game’s development, rapidly alternating between being one of the best and worst healers, but he seems to be in a stable spot now. Probably.

Healers in Overwatch 2 have gained a new passive ability to heal over time after avoiding damage for a few seconds, Halo shield style. Lucio could already self-heal with his music, so Blizzard turned down the volume with a self-heal penalty on his heal song. It should even out to be about the same, but it does mean that Lucio will now self-heal during his speed song. That makes a speedy escape a more appealing defensive strategy. 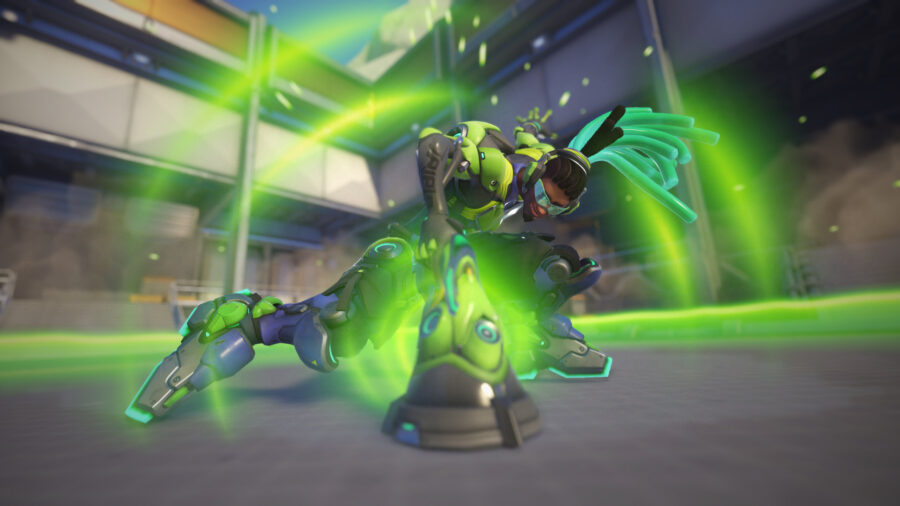 Lucio is capable of being an extremely versatile support. Even the worst Lucio player will generate tons of healing for their entire team with zero effort. That makes him a great choice for beginners. Playing him well, however, means knowing the right time to use his active abilities. His amped up heal song is powerful at 52 points per second, but it’s possible for teammates to take hundreds of damage from well-aimed DPS abilities.

Recognizing when the hammer’s about to fall on your team is vital for a proactive Lucio. Amping to heal after a heavy hit is also useful, but that means you need to know the HP status of your team. Keep an eye out for critically injured allies while you skate.

It should go without saying, but Lucio is most effective when near his team. Rushing toward the enemy team alone is a bad idea for most heroes, and a triply-bad idea for Lucio. He’s most effective, then, in offense situations when your team is grouped around a control point or payload (which doesn’t block Lucio’s music despite its wall-like properties). His speed boost can help his whole team regroup after respawning. It can be worth hanging around the spawn room until you have an army to travel with.

Despite his healing potential, Lucio isn’t able to focus a single ally for big heals. That 52 health per second for three seconds doesn’t mean much to a 500-health tank. It makes sense to team with a second healer who focuses on single targets; Mercy is an obvious choice, but Ana can also do large single-target healing. Lucio also becomes less useful when he’s teamed with flanking DPS, since he has no way to heal faraway targets. He can be part of an effective mobile attack force, but only if everyone’s on board.

Lucio’s greatest weakness is his low attack power. Supports Moira and Kiriko have powerful damage options, but Lucio only has a peashooter and a pushback. If forced into a 1v1, Lucio’s survivability depends on his excellent speed and mobility. If you really want to get kills, your best bet is to master his Wall Ride to attack from unusual angles: as Lord Newell once said, “Gamers don’t look up.” The practice range is a great place to test the capabilities of Lucio’s Wall Ride. There are also a few menu options that tweak how Wall Ride works, so look those over if you’re committed to the DJ lifestyle.

These are Lucio’s available skins. Most of them are carried over from the original Overwatch.

The event skins, marked by a white symbol, are all tagged as “sometimes available in the shop”: Selecao, Striker, Satyr, Snow Fox, Samul Nori, Equalizer, Jazzy, Gorgon, Andes, and Bitrate.

Some of them can’t be purchased with currency at the moment: Snow Fox, Samul Nori, Equalizer, Jazzy, Andes, and Bitrate. Overall this is all very confusing. I’m sure Blizzard is salivating at the thought of making money on their Free-2-Play “upgrade”, but surely they’d have better luck if their pricing schemes were comprehensible.