Learn how to wield a bow with ease as Hanzo. 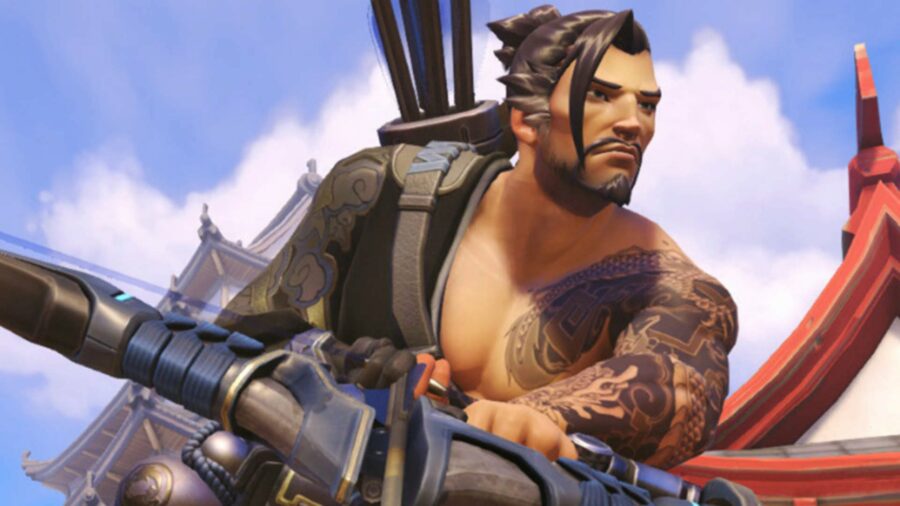 Hanzo has some family – he’s the heir to the Shimada crime dynasty, brother to Metal Gear Solid fanboy Genji and also grew up alongside one of Overwatch 2’s newest heroes, Kiriko. When it was time to assume the mantle of would-be crime boss, Hanzo was forced to kill Genji, and subsequently withdrew from the fulfilling career of racketeering and extortion, racked by guilt.

Hanging up his sword for a bow, he’s been wondering the earth as a vagabond for years now, honing his murdering skills. And you can thank him for that, as he well and truly does shred with a bow.

Let’s get into Hanzo’s abilities, how Hanzo changed for Overwatch 2, tips, and skins. 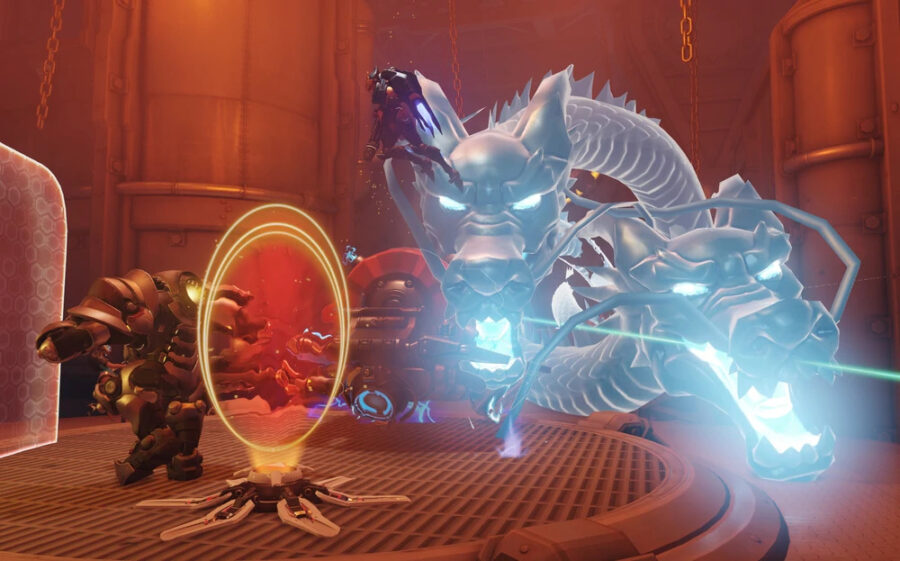 Storm Bow: Hanzo’s main weapon, which covers a good distance and hits for between 27.5 and 125, depending on how long you’ve drawn the arrow back and generated charge for. Max charge only takes about three-quarters of a second, so while this is practically no time at all, it does mean you have to be mindful not to just spam the fire button as you’ll be dealing less damage overall as a result – fully charged arrows also travel faster, so be sure to keep cool under pressure to deal it back. You can keep a drawn arrow ready for as long as you like too, allowing you to prep for a good shot or react as enemies approach you. You can also press reload or secondary fire to undraw a loaded arrow.

Storm Arrows (Ability): Take five shots in rapid succession, travelling at the max speed the bow offers (110m/s) and hitting for 65 each. While the individual shots are a little weaker, their cumulative effect can be devastating if you land most or all of them, and is capable of taking down a fair number of Overwatch 2’s heroes even if they’re at full health.

Sonic Arrow (Ability): Activating Sonic Arrow makes your next shot, whether from your primary fire or the Storm Arrows ability, carry a tracker that allows you to see enemies within a nine metre radius of where the shot lands for six seconds. If you hit an enemy, the radius follows their movements. It doesn’t affect the damage from your shot, and has a cooldown of 12 seconds.

Lunge (Ability): Hanzo can double jump every five seconds, for a distance of just under eight metres. While it isn’t as nimble as Genji’s, it does allow you to change direction mid-jump, which can come in clutch dodging around something that takes you by surprise or misleading your opponents.

Wall Climb (Passive): Surprisingly enough, this lets you scramble up walls for a vertical distance of four metres.

Role: Damage (Passive): New for Overwatch 2, as a damage hero, Hanzo now gets a 25% reload and movement speed buff for two and a half seconds after each elimination.

Dragonstrike (Ultimate): How To Train Your Dragon To Wreck Shit. Fire off an arrow that calls forth a pair of ghostly, swirling, blue spirit dragons that deal 150 damage per second each, over a radius of four metres, and with no maximum travel distance. The dragons pass through solid objects too, so no one in your line of fire is safe for the duration of this ult.

How Has Hanzo Changed for Overwatch 2? 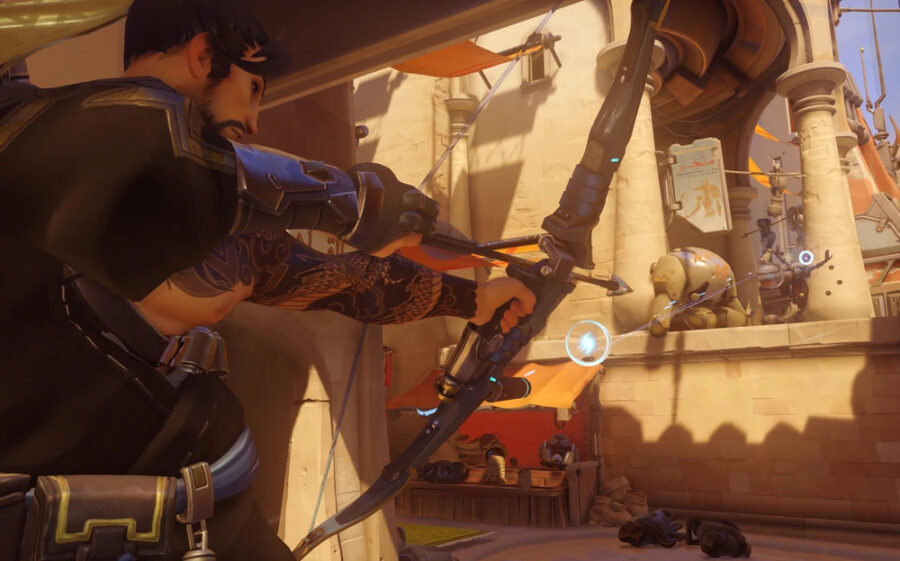 Players who main our favourite immaculately-groomed bow sniper will be pleased to hear that he hasn’t changed much between games, though there has been bit a slight nerf to his Storm Bow ability. These now hit for 65 each instead of 70, and while they may not seem like much, you’ll now need to land four arrows instead of three to hit for over 200, and take down heroes like Ana, Genji, or even an opposing Hanzo in one fell swoop. Tracer’s still getting done in by three, at least.

Like all heroes, Hanzo also now has the added benefit of a new role-specific passive too, in the form of Role: Damage, buffing reload and movement speed by a quarter after each elimination. 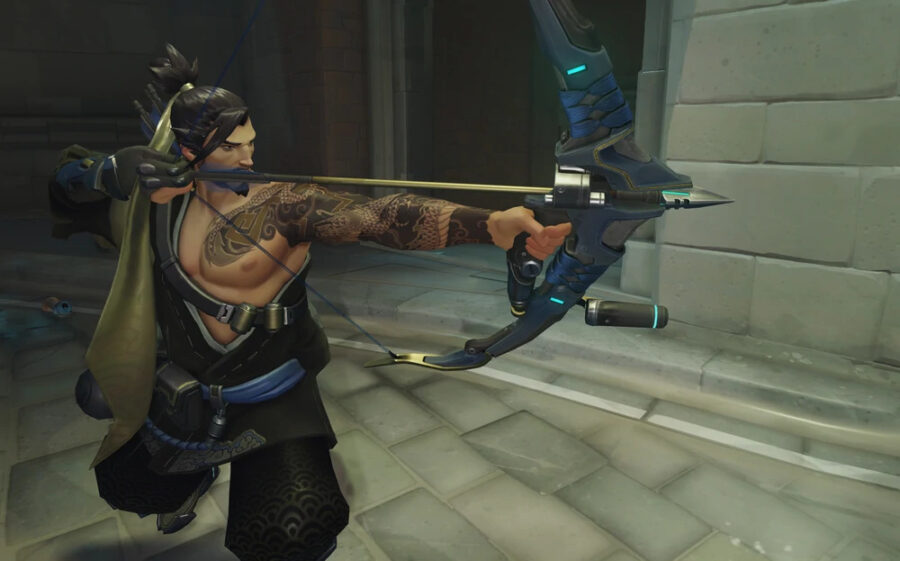 One of Overwatch 2’s handful of snipers, Hanzo is best placed at mid range or further, dealing damage out but keeping out of damage heroes range where possible. He’s particular well equipped to deal with the pesky Pharah that’s flying overhead too thanks to his range, damage output, and accuracy.

Make the most of Hanzo’s mobility by wall climbing and double-jumping your way up to vantage points that most heroes can’t reach, and get griefing while backing up your team. Sonic Arrow is also a great way to share any intel you get from your verticality, as you can effectively ping a group of enemies’ exact locations back to the rest of your squad if you land the arrow on a hero, and let your team chase them down.

Equally, Sonic Arrow can reveal enemies’ locations to you if you get lucky with a hail mary shot in their vague direction, and you can pair this with Dragonstrike for a real bastard of a sneak attack. Remember too that Dragonstrike is perfect for area denial as well as racking up eliminations, so if you’re closing in on 100% on Control and the enemies are pushing, make it harder for them by blocking their entrance.

The bow’s relative silence is also a real strength for Hanzo, as if you can’t track down enemies from your crow’s nest, you’re nimble enough to try and sneak in closer and do some damage without immediately alerting the rest of the team to your position.

That said, if the opposition draws in a little too close, remember that Storm Arrows will do some serious damage if you land all of your shots – and that’s much easier to do in proximity. Treat it like a quick shotgun blast if you need to, and clear an opening to get back to safety on high.

Old Super-Hanzo does fall down somewhat against shields though, and lacks the range that Widowmaker’s hitscan sniper offers. But what he lacks here, he more than makes up for in overall versatility. 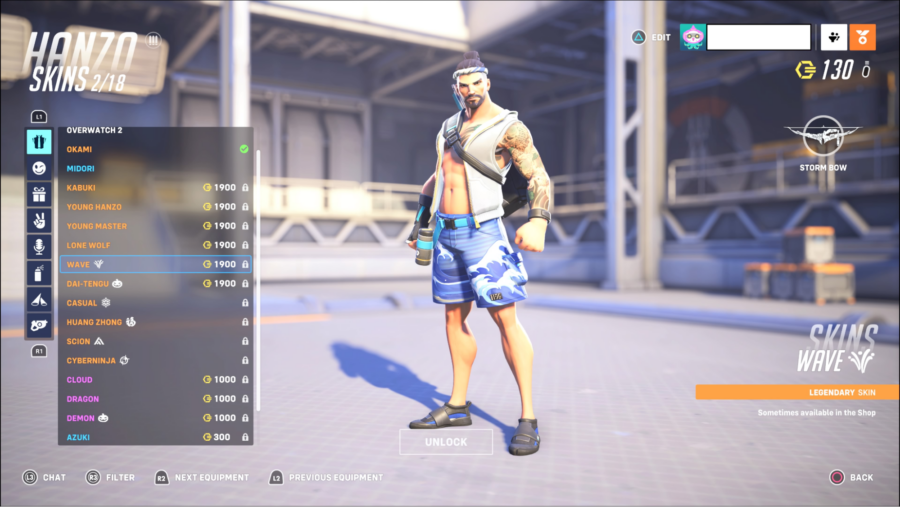 Currently, Hanzo has 20 skins in Overwatch 2. And one of which lets him trade in that trademark aesthetic for a considerably more laid-back vibe – Wave is all beach shorts, Crocs, and abs. Surf is most certainly up, dudes.