Send your MultiVersus foes up, up, and away. 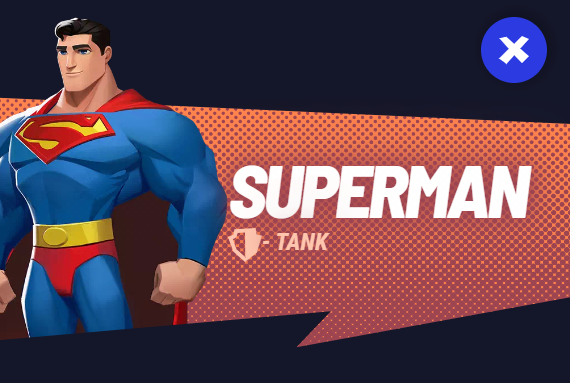 The Man of Steel, one of the most well-known superheroes of all time. Superman appears in MultiVersus as a tank-class fighter. He’s not quite as powerful as usual: he can normally throw airplanes around and shrug off gunshots, but in MultiVersus he has trouble facing a hippie and a basketball player at the same time. Even so, he’s extremely durable – second only to the Iron Giant – and has a collection of tricks that can quickly shut down enemies who step out of line. Here are Superman’s best moves in MultiVersus. 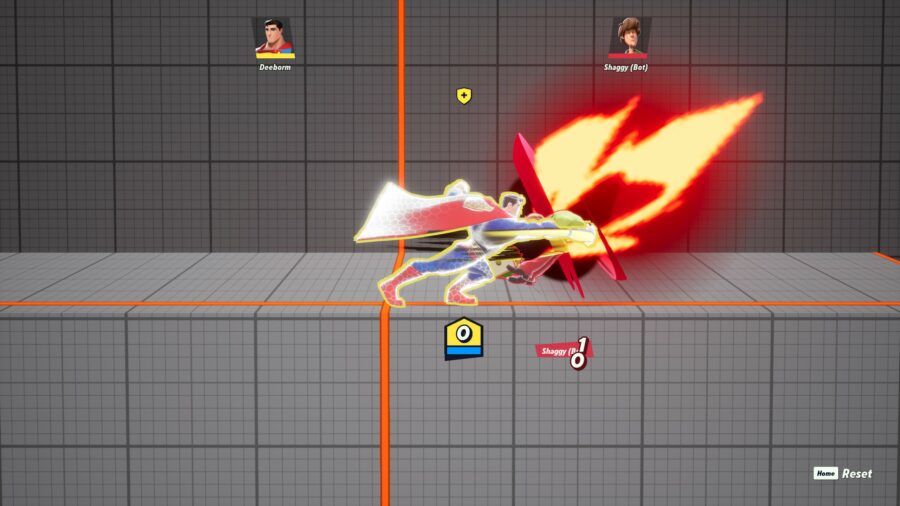 Superman MultiVersus standard attacks are as basic as the man himself. He hits hard and slow, and most of his attacks are just variations on a big punch. Oftentimes, though, that’s all you need. Many of his grounded attacks give him temporary armor. Combined with his weight, he can trade favorably against many enemy attacks. 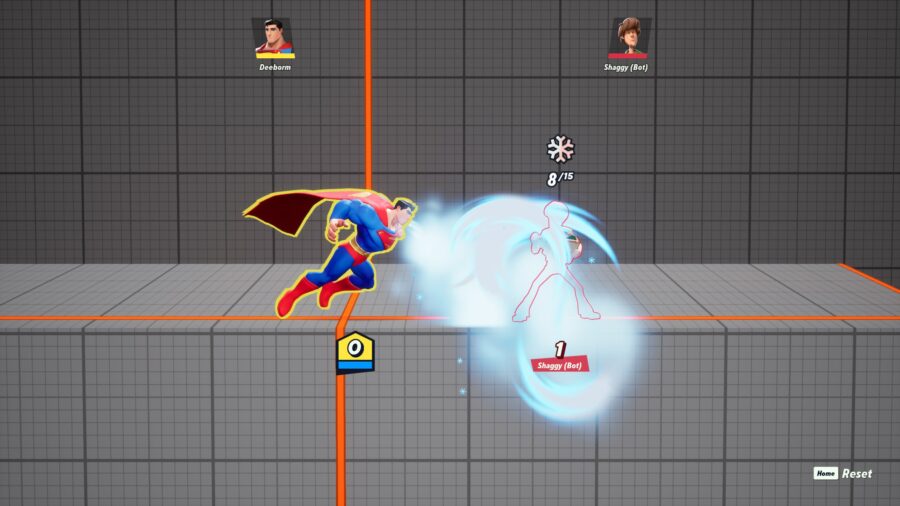 Superman’s special moves are where his kit starts to get weird. Superman MultiVersus moves:

It’s also worth noting that Superman has a high jump compared to the rest of the cast, and can also dodge upward from the ground. This makes chasing enemies off the top much easier.

How to Win 2v2 Battles as Superman MultiVersus 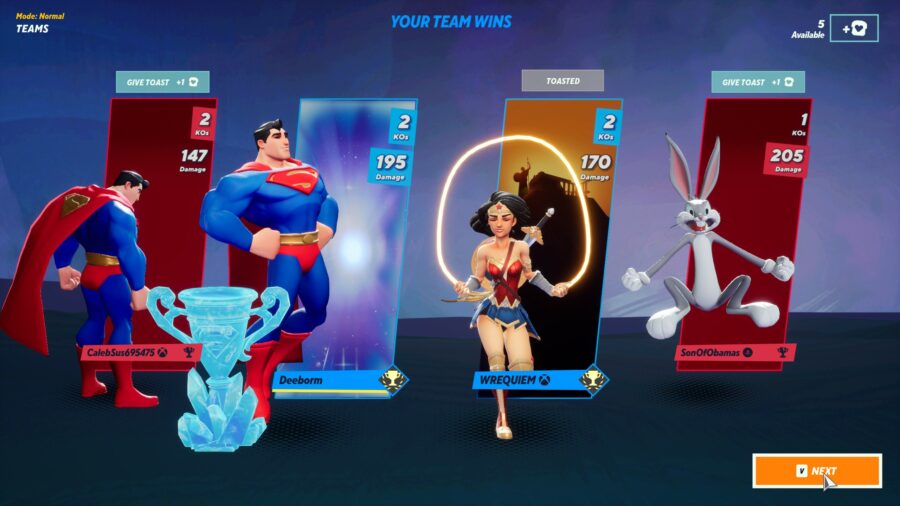 For a paragon of self-sacrifice, Superman doesn’t have many dedicated support abilities. His ice breath gives a minor buff to his teammate, but that’s about it. Superman can survive much longer than most characters, but that won’t help if your partner dies quickly while you’re flying around. Because of this, his team gameplay should be based around getting in the way of the enemy team and taking the hits that he can survive but his teammate can’t.

Throwing an armored punch into a brawl is an effective way of saving your teammate. It’s also possible to do a “strafing run”, covering the ground with laser explosions while your partner advances. Don’t forget to chase down enemies your teammate knocks offstage – your grabs and recovery let you pursue them at any distance.

How to Win 1v1 Battles as Superman MultiVersus 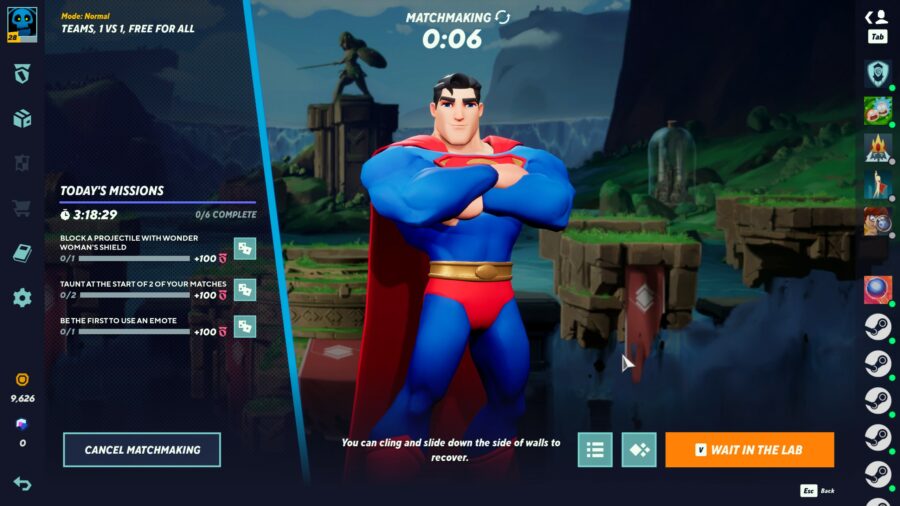 Superman’s low speed and short range make one-on-one confrontations difficult. The flip side is that he can live a long time, and can punish careless opponents with early deaths. Play carefully, and exploit openings as they come. Use your armor to punish, but be aware that everyone has some form of armor break, and will easily counter you if your moves are predictable. Shake them up with quick attacks like an advancing neutral air before striking with a well-placed teleport punch or armored neutral. 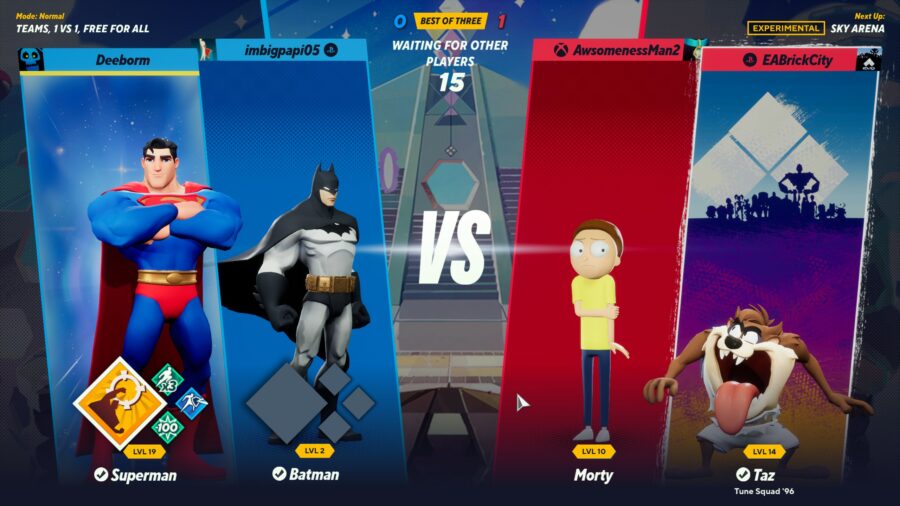 Superman MultiVersus best signature perk is Sniper Punch, which increases the range and potency of his teleport. It weakens the move at close range, but he has other attacks that work better close-up anyway. This perk makes his teleport into another lethal option to punish characters trying to recover.

More importantly, his other signature perks are bad. Flaming Reentry adds a minor effect to his grounded up special, but that move is too slow to be worth using. Break The Ice, which increases damage against frosted targets, used to have a few perk setups to raise its potency. Since ice was nerfed, that setup is less effective. Its main use now is to combo with Superman’s ice breath, which is already difficult to connect safely.

For his minor perks, Last Stand is always a good option. Since Superman can easily survive past 100 damage, he can reliably take advantage of the Last Stand power boost. Pairing this with perks that further increase survivability, such as the powerful Tasmanian Trigonometry, can make the effect even more potent. Lastly, Triple Jump is a solid option to secure Superman’s offstage potential, allowing for easier pursuit of airborne enemies.