The best order to build to maximize the Ottoman’s potential. 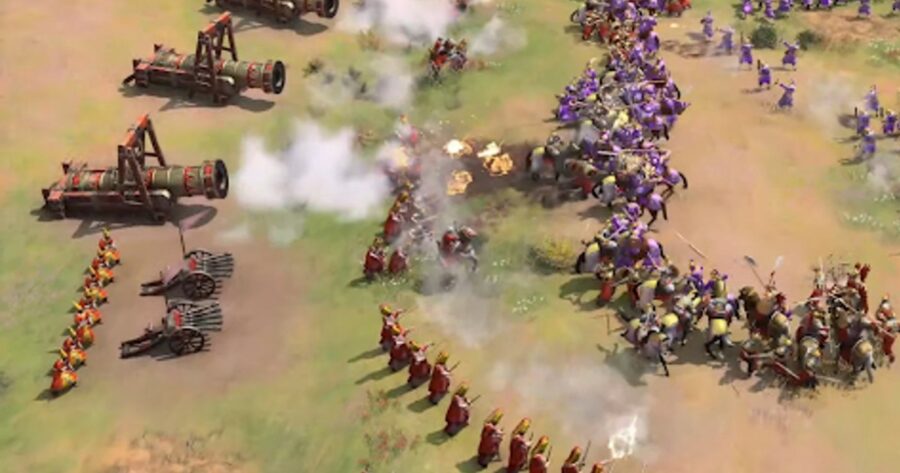 The Ottomans are one of Age of Empires 4’s new civilizations, featuring unique bonuses that let players steadily build an army even without resources. Ottoman Military Schools periodically grant free units, ensuring a constant supply of military units at no extra cost. Here’s an AoE4 Ottoman build order that kickstarts your military production with Military Schools before going for a second Town Center.

The Imperial Council system lets Ottoman players gain experience over time by training troops and advancing through the Ages. This experience can then be used to claim one of 9 unique technologies, ranging from area-healing Imams to siege engine boosts. If that wasn’t enough to convince you, the Ottomans also have access to unique units with powerful abilities. Available in the Castle Age, Janissary hand cannoneers are incredible against cavalry and can repair siege engines. Pair them alongside the Great Bombard, a hulking cannon with longer range and area damage than rival bombards. Add Mehter war drummers into your formations and pick between enhanced attack speed or armor bonuses across your units.

The following Age of Empires 4 build order prioritizes building Military Schools for some early aggressive tactics. While you can hit the Feudal Age earlier, early Military Schools can help you build an army for free. This Ottoman build order for AoE 4 focuses on efficiently building a Military School in the Dark Age and forcing your enemy to respond to constant attacks. 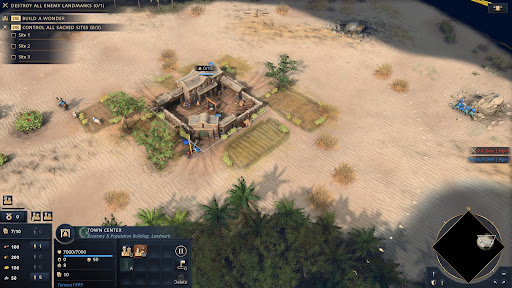 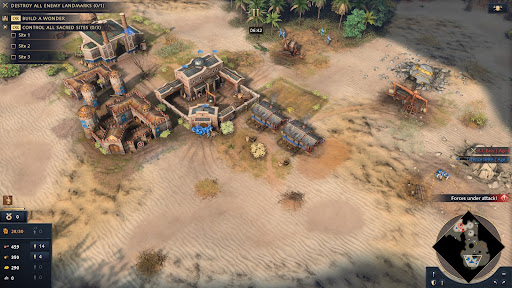 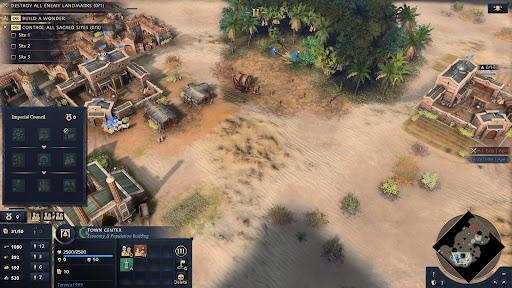 Why This Ottoman Build Order Works

Building up an army of Spearmen right at the Dark Age lets you deny key resources from enemy villagers. Even if they do build an Outpost or train Spearmen to protect their base, they lose more resources than you since your Barracks costs less Wood. And if your enemy decides to counter your Spearmen with Archers in the Feudal Age, your Sipahi horsemen will be able to clear them out. Head into the Castle Age and your Janissaries will keep your siege engines safe from cavalry raids. The Mehmed Imperial Armory Landmark functions like a Military School but trains expensive siege units instead.

The Ottomans have multiple ways of developing their economy. While this Ottoman build order picks the Food-producing Twin Minaret Medrese, the other Landmark offers gold instead. The Sultanhani Trade Network lets you garrison Traders inside for bonus Gold income. Pair this with the Imperial Age Sea Gate Castle to grant Traders a speed boost and extra armor under the influence of Ottoman Keeps. With the new patch reducing the training time of Traders, trade routes are a compelling way to secure an economic advantage.

With this Age of Empires 4 Ottoman build order, put pressure on your opponents right from the Dark Age. Force out a response from them and counter them with free units from your Military Schools. The Ottoman civilization shakes things up with its approach to military production and its steady trickle of free units. They’re a great option for players already accustomed to Age of Empires 4’s existing eight civilizations.