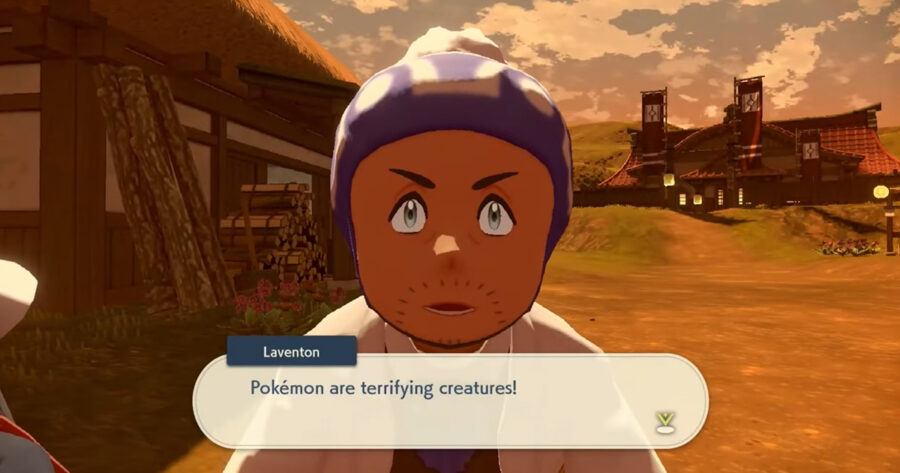 TOKYO — After releasing an official trailer for Pokémon Legends: Arceus, Game Freak confirmed the new installment will have the slowest-moving text ever seen from the series.

“Pokémon Legends: Arceus has everything our fanbase has been asking for all these years: a gorgeous open world, deep roleplaying, action-packed battles, and the absolute slowest text imaginable,” said Satoshi Tajiri, president of Game Freak. “I can say this with confidence: you have never seen reading take this long.”

Game Freak was able to achieve such slowness by leveraging the full power of the Nintendo Switch, using what they learned while developing Pokémon Sword and Shield.

“We made our earliest games for 8-bit systems. We did our best to keep things moving at a snail’s pace, but there was a practical limit to just how slow we could go. The big move to the Switch has allowed us to really slam on the brakes like never before,” said longtime Pokémon developer Shigeki Morimoto. “To describe the text in Pokémon Legends: Arceus as ‘slow’ would be a disservice. There will be times you wonder if it’s moving at all.”

Many fans were overjoyed at the news, but expressed frustration at the lack of details.

“Like any real Pokémon fan, I like my battles long, and I like them repetitive, so slower text sounds like good news. However, I’m withholding any praise for Game Freak until I find out how much the ‘A’ button speeds it up,” wrote redditor u/JamesGPokemaniac. “If the answer isn’t ‘only a tiny bit,’ I’m going to return the game in protest.”

When asked whether third-party modders might be able to speed up the text themselves, Game Freak and Nintendo immediately filed a lawsuit.