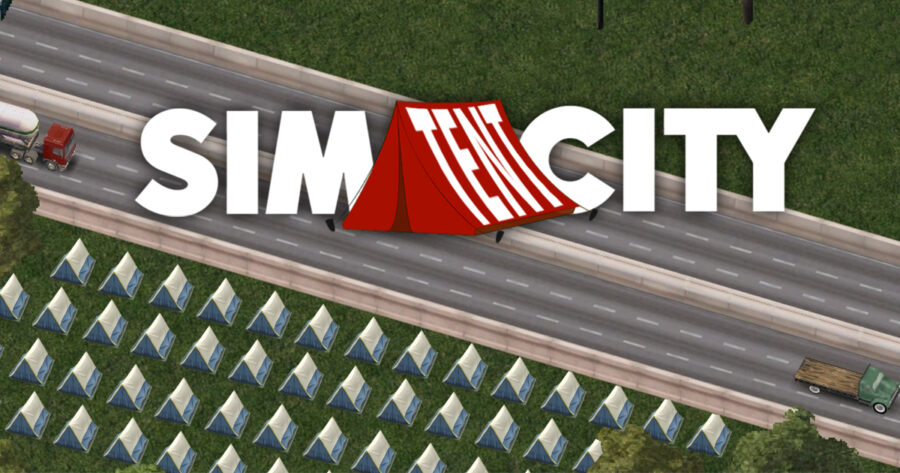 REDWOOD CITY, Calif. — Electronic Arts announced a new addition to the SimCity franchise today which puts players in the shoes of a metropolitan mayor — who under absolutely no circumstances can acknowledge or let anything happen — called Sim Tent City.

“We want people to really feel like they’re an elected official in charge of urban development,” said developer Justin Torres briefly after the title’s announcement. “And a crucial element of that experience is turning a total blind Sim eye to an affordable Sim housing crisis. Which can not be found anywhere in the game, by the way.”

The game is set to include dozens of features that will provide players endless new ways to actively ignore “irrelevant Sim issues pushed by the vocal Sim minority.”

“Alongside the mechanics SimCity fans have come to expect, we’ve also added a new expansion to the beach areas where players can gather large groups of Sim government delegates and collectively bury their Sim heads in the sand,” explained EA junior designer Shane Ferrell. “We’re also trying to hammer out the AI for citizens so they’ll call the Sim police whenever they notice Sim tents in places they shouldn’t be. Not that they should be there in the first place, mind you. It’s kind of like it’s fixing its own glitches.”

Despite steady insistence from EA that tents and large congregations of them can’t be found in the game except at family orientated campgrounds, video game journalists playing through review copies have had a much different experience.

“They’re literally everywhere,” said Digital Blend’s Gianmarco Colapietro. “You can’t scrub to anywhere without coming across them. Under overpasses, in public parks, on boardwalks, you name it. I keep trying to drag and drop the tents into Sim apartment complexes and neighborhoods, but then I get these notifications from ‘The Sim Landlord’s Association’ about a rent increase and they end up right back where they were. I should really be able to stop this. Aren’t I supposed to be in control?”

“The game kept telling me I could solve the problem once I reached a certain level,” Colapietro continued. “But when I got there, it only unlocked ‘Close Your Eyes’ mode, which just makes the screen completely black so you can’t see anything.”

At press time, EA said they are a new disaster event in the vein of previous outlandish happenings like UFO attacks and zombie outbreaks called “Economic Collapse.”