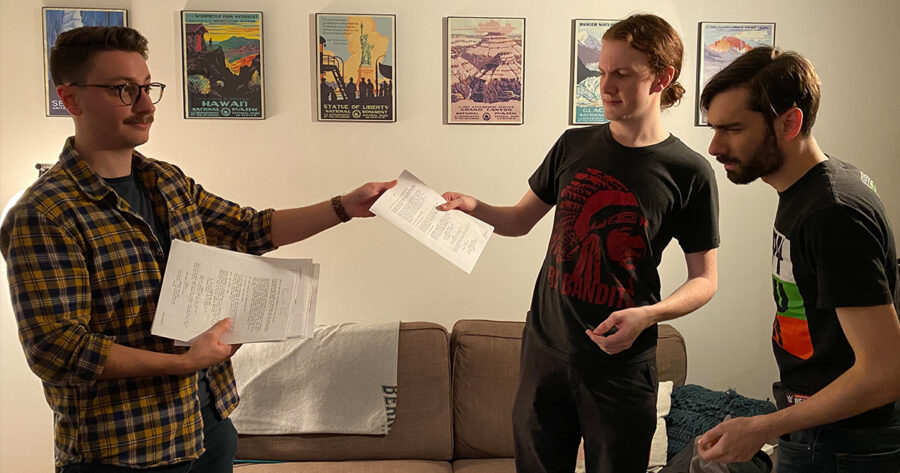 COLORADO SPRINGS, Colo. — Dungeon Master Daniel Hyde recently finished writing his ideal D&D campaign and released the final draft of its script to his players, according to sources familiar with the situation.

“I’ve done it,” said Hyde. “I’ve authored the greatest campaign imaginable, and as long as everyone memorizes their characters’ lines before our next game, absolutely nothing can go wrong.”

While most members of the party lauded the plot, characters, and overall writing therein, they were also baffled and frustrated by the lack of room left for the players to impact the story. Members of Hyde’s Sunday tabletop group reflected these sentiments.

“It definitely caught us all off guard,” said Allison Wilcox, one of Hyde’s regular players. “We all love D&D because we get to roleplay, solve puzzles and participate in an interactive story. The script Dan sent us doesn’t leave room for any of that. It includes the predetermined results of our rolls and even what we’re supposed to say out of character and when we can go to the bathroom and stuff. I’ve had DMs railroad games before, but this is next-level.”

Wilcox wasn’t the only player that took issue with the game’s script. Hyde’s retroactive changes to already-rolled characters reportedly drew ire from many regular players.

“This is bullshit,” said Jordan Bank, the player cast as Hjolnus Dumminer. “I spent hours writing a tragic backstory for my Drow Warlock and now I’m expected to play a Dwarven Fighter because Dan thinks it makes for a better story? Aster Morin would have been a beautiful, albeit flawed character with a strong moral compass but I guess I’m stuck playing a Mountain Dwarf that’s aroused by gemstones. I don’t want to be aroused by gemstones!”

At press time, Hyde had begun the campaign before all the players had arrived, performing the parts of the absent players.