Disheveled Mario Reveals Those Coins of His Are Worthless 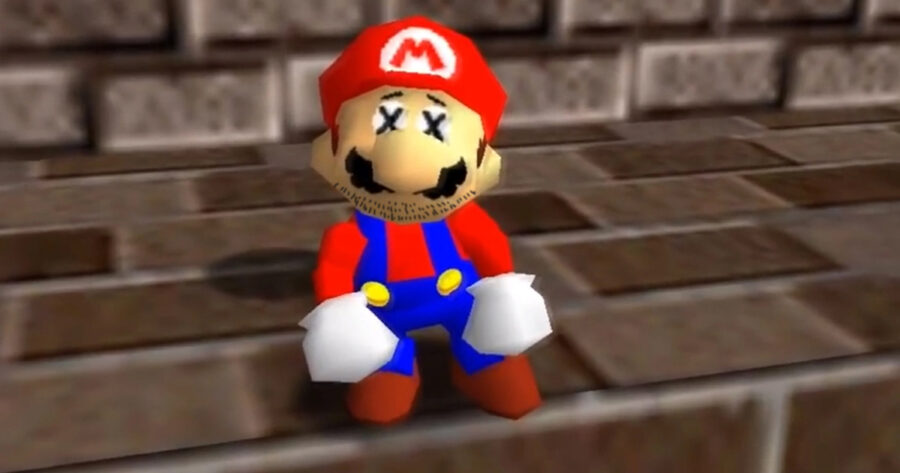 MUSHROOM KINGDOM — A filthy and penniless Mario Mario made a public plea for charity this morning, revealing that the iconic coins he’s been collecting for decades are now worthless, their value having plummeted in recent weeks.

“I had a good run with these-a big coins,” said Mario, after informing a gathered crowd of his inability to pay his utility bills this month. “But their value has plummeted in the last-a few weeks. I’m-a ruined!”

The value of the bizarre currency has fallen sharply since just earlier this year when Mario appeared in a Super Bowl commercial touting the value of “a coin-a so shiny you’ll-a never lose it.”  Since then the exchange rate on Mushroom Kingdom coins has dropped over 80%, leaving many early adopters with nothing more than a shiny reminder of their unfortunate investment, none more so than the iconic plumber and folk hero.

“This wasn’t hard to see coming when you think about it,” said Lee Benton, a senior financial analyst that’s been outspoken about the long term value of all those coins Mario has collected. “There will always be discontent with conventional currencies, and for good reason, but we can’t simply will a new one into place because a handful of people have decided to. Certainly not when it’s as ludicrous as lone coins stashed around hidden locations throughout the more dangerous parts of our communities. I think cash still works better than that, you know? Why didn’t Mario have a savings account all of these years?”

Long time associates of Mr. Mario’s said that he would do well to return to his roots.

“Maybe he needs to forget about the limelight and get back to plumbing,” said Paul Paul, an old plumbing buddy of Mario’s from back in the day. “I get paid cash when I do my job, and I don’t gotta go around squishing turtles and shaking down goombas to do it. Mario used to be one of us, but that god damned princess really changed him, I hate to say it. Maybe she can bail his ass out. He doesn’t have my sympathy, though.”

As of press time, an eBay account has appeared that many have speculated belongs to Mario, after it posted items for sale ranging from his iconic red hat to a stolen vest of Toad’s.