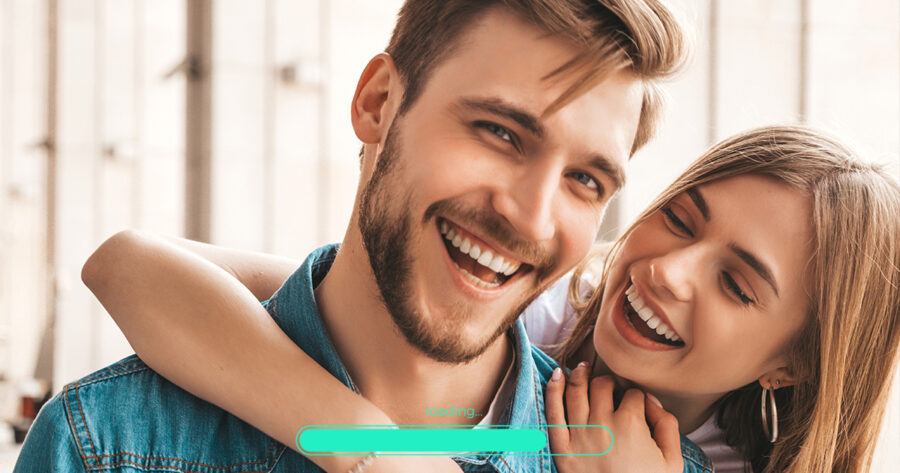 PLANO,Texas — Local man Daniel Masterson recently discovered that his current relationship with Alexa Freedman is just covering up the load time for his next relationship.

“I realized that I’m just inside of a loading transition while we were watching the entirety of The Great British Bake Off in complete silence over the past weekend,” explained Masterson, pointing out that the clever trick was similar to those commonly used in video games such as elevator rides or long hallways. “It was a clever illusion at first, but now it’s clear that this has just been a facade that’s occupying my time before my next relationship is ready.”

Masterson says in retrospect, he realizes this isn’t the first time that being part of a couple has merely been a way to fill the space between bigger chapters in his romantic life.

“There was this girl, Jessica Peters. She loved to talk on the phone so I’d take these really long, slow walks while holding my phone through these unskippable conversations. A few months later I met Melissa and we ended up dating for a year. It wasn’t obvious at the time, but now I realize Jessica’s phone calls were just distracting me while the cutscene where I met Melissa at Brad’s party loaded up in the background. Pretty clever!”

“And there was another girl, Rachel McMasters,” Masterson continued. “She was really outdoorsy. She was always taking me on these rock climbing excursions, but she only ever wanted to slowly side-step through very narrow cracks in the cliff faces. We’d spend hours and hours slowly clambering our way through these things and all I could think was, ‘There’s no way this is supposed to be fun’. I mean, it was definitely something to do. It just wasn’t much fun. She was a weird one.”

“Look, I appreciate Alexa,” Masterson added, asserting that the newly discovered truth of his relationship didn’t change how he felt. “She’s a much better way to transition to my next real relationship than laying in bed staring at a static dating app screen, waiting for someone better to load in. Like, check out this girl. Her bio says, ‘I love watching big doors slowly open.’ She seems nice enough, I guess. Maybe I’ll connect with her after my next big breakup.”

As of press time, Masterson and Freedman have separated. Masterson says that he’s considering just playing a mini game until the next relationship loads.