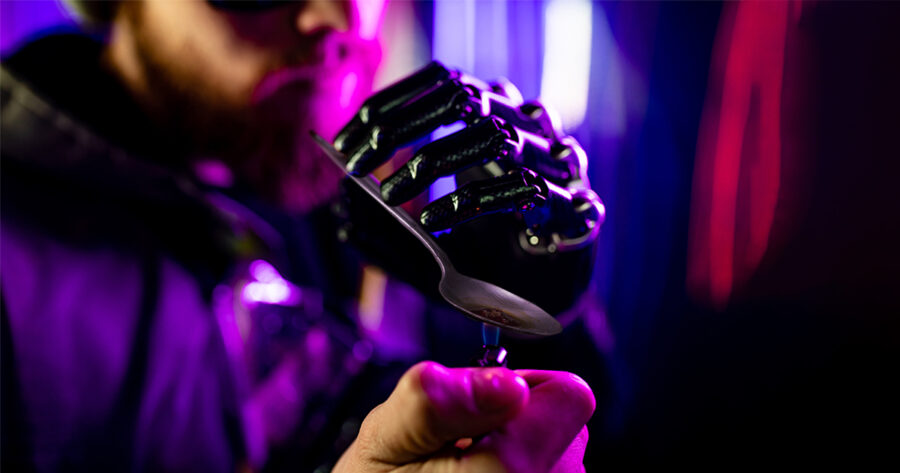 NEO YORK — A new drug in the sci-fi world of 2087 is riddled with a terrifying futuristic drug that’s actually just heroin.

“They’re calling it Priz and it’s tearing our super city apart, god-damn it. We need to get in there and fight these terrifying cyber gangs peddling this shit,” said Head Robo Police Chief Borko O’Malley. “We’ve never seen anything like this. But also, I should specify that it is just heroin. It’s the same old heroin we’ve had for hundreds of years. Doctors used to prescribe it if you were acting kinda looney. But now it’s Priz. If you see anyone selling it, you have full authority to murder them on sight.”

Priz-addicted cyber gangs have reportedly started to realize that the drug is not actually something new.

“I guess when you make it a yellow gas in a glass capsule, it feels new. But I was at a party the other day and tried heroin and I was oh wait that’s just Priz. I’ve had this. Makes you feel dumb,” said local brain hacker Rick Zipper. “And heroin’s way cheaper, because you don’t have to make it that yellow gas. I bet we’re spending a goddamn fortune buying up those glass canisters too, when we really could just be selling pills.”

Despite criticism upon the revelation, the marketing team behind Priz’s rebrand has remained vigilant that it was a good idea.

“I’m sorry, but don’t tell me how to do my job. Heroin was not selling. People are really anti heroin right now,” said Prizcorp Enterprises executive Dorn Scooper. “It’s my job to market our products to new generations and everybody likes when things are fresh and different. That’s how I came up with the idea of just changing the name and look of heroin. Sorry if it’s not science fictiony enough for you, but this isn’t a movie, it’s the real world. The real world of 2087. There’s nothing glamorous about taking a pill or heating up a liquid over a spoon. Priz is hip. Priz is cool. Priz is heroin.”

At press time, Prizcorp Enterprises announced a new drug that isn’t heroin called Gork, but admitted shortly later that it was in fact just cocaine.