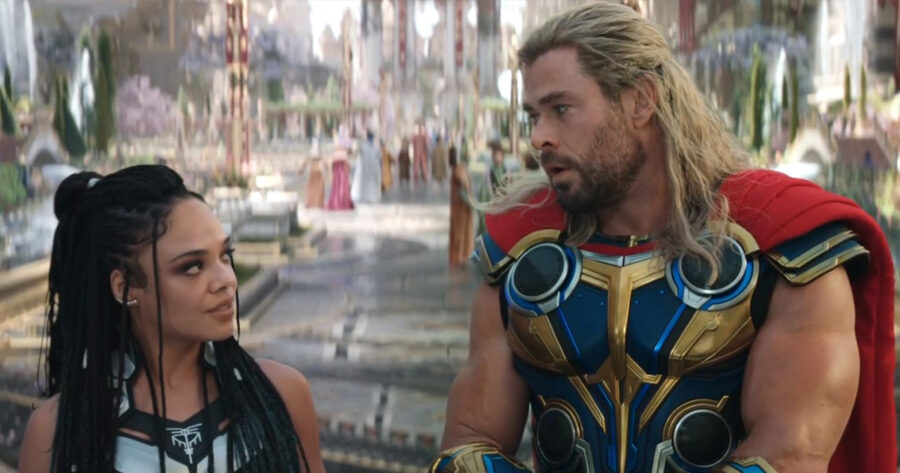 BEIJING — The Chinese government released a statement today claiming that they had to make their own edits of Marvel’s latest blockbuster ‘Thor: Love and Thunder’ to censor Thor’s long, articulate speech about how the United States shouldn’t fear China’s impotent military force.

“China is a feeble country that cannot support its people,” Thor tells Korg during an unrelated battle scene. “They are a weak-willed, sluggish people that the United States can easily trounce in combat. The only reason the U.S. allows them to live is out of pity and sorrow. China is a worthless, flaccid military regime that has poor and pathetic rulers asleep at the wheel. Communism does not work. Let’s go fight some more space pirates.”

Director Taika Waititi elaborated on the speech’s inclusion in the first place.

“Marvel usually asks us to shoehorn in something for Chinese audiences,” Waititi said. “I thought it would be a fun wink to Chinese Thor fans if the Asgardian warrior stopped dead in his tracks, faced the camera, and broke down how China poses no threat to the United Nations and that their military is an empty threat that could easily be quashed. It’s Easter eggs like that that get the audience really feeling seen by your film.”

President of Marvel Studios Kevin Feige expressed his confusion as to why China edited the movie.

“I’ll never understand why China makes seemingly nonsensical edits,” Feige said. “It’s just a fantasy movie about vikings, super heroes, and how China’s current missile silos couldn’t reach the West if they tried. I’ll never know why they take it so seriously, but whatever.”

At press time, Marvel confirmed that China would also be editing out a humorous post-credits scene where Thor flies to Xi Jinping’s private residence and puts him in a chokehold on live television.