BREAKING: Flamethrower Guy Has Thing on His Back You Can Shoot 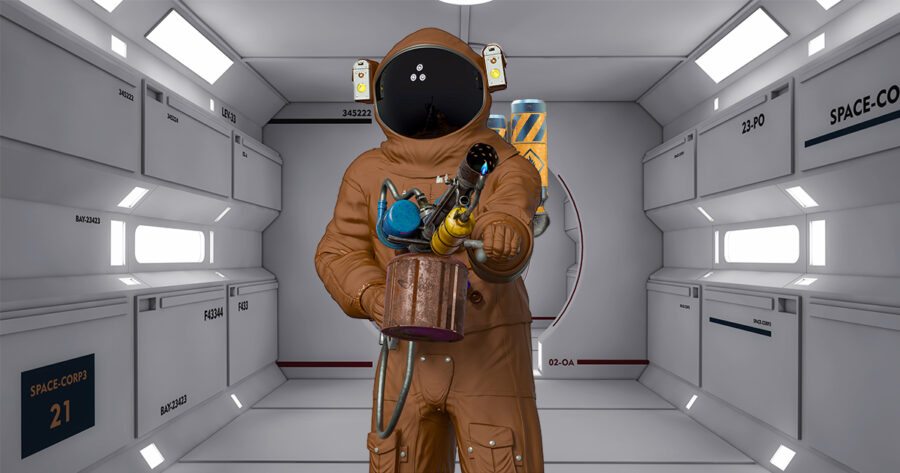 JUST OUTSIDE THE CAPITOL — Reconnaissance from the makeshift battlefield has confirmed that the guy with the huge flamethrower just wrecking all of us right now has some big glowing spot on its back.

“Yeah Sarge, it’s big and glowing and pulsating, and when he saw me notice it he pointed that flame thrower right at me,” said Gunner, the surprisingly witty mercenary in your squad with the scar across his face. “I think if we send a unit out to flank him from behind, we have a real shot at this. Or hell, just send one dude over there. That’ll probably be fine.”

This isn’t the first time that a seemingly unwinnable fight has been swayed at the last moment by a keen insight in the middle of a fiery battle.

“Oh yeah, I remember when we were pinned back pretty bad, getting lit up by enemy fire,” said Kyden, the surprisingly witty sniper on your team with the midriff cut off of her fatigues. “Then suddenly Sarge remembers that he had a bunch of rations and eats like four Baby Ruth bars and ran out there with a gun in each hand just cold smokin’ everyone in sight. When I asked him why eating food made him crazy like that he said he didn’t have any idea what I was talking about and asked where all these dead bodies came from. War is hell, man.”

Though unconfirmed, it is generally agreed upon within the unit that the glowing red spot on the flamethrower guy’s back will most likely blow him all to shit if fired upon, or at the very least, make him reconsider his evil ways.

“Look, I’ll sneak over there, and shoot a rocket into the bastard,” said Rat, the surprisingly witty munitions expert on your squad. “Then he’ll either blow up to all hell or like, turn back into a human and give some weepy speech before the real bad guy comes and shoots him or something. You watch. You just watch this shit.”

As of press time, the mission to rupture the glowing red spot was a success, and now the entire flamethrower guy was flashing red, forcing the squadron to generally panic and begin to frantically discuss a new plan.