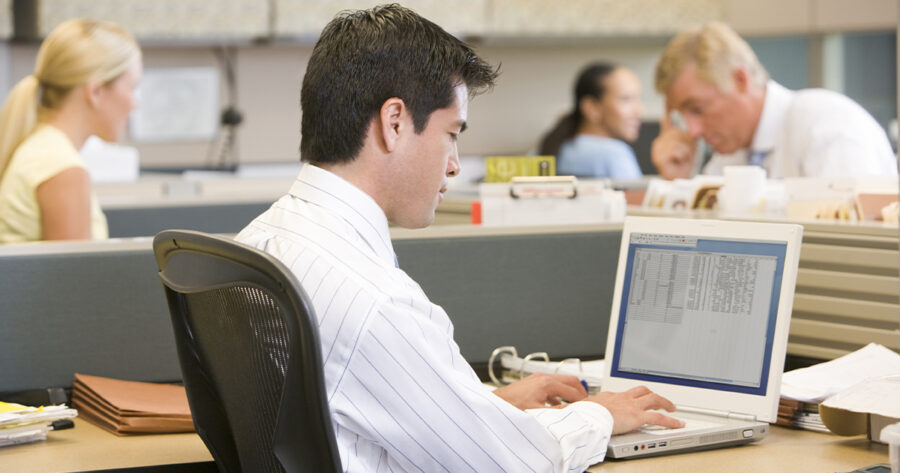 MILWAUKEE — Local goody two shoes Zakk Haley chose to send a data report to Microsoft after his copy of PowerPoint crashed in the middle of designing a work presentation, according to those familiar with the situation.

“Zakk is the worst. It’s like, just let PowerPoint do its thing. People and programs make mistakes all the time, you don’t have to lick Bill Gates’ asshole for brownie points every time something at your job messes up. Next time PowerPoint crashes, be a bro and let it fucking slide,” said Haley’s co-worker and PowerPoint enthusiast Luca Huber. “If you send a data report to Microsoft after a program crashes, you’re a cop. End of discussion.”

Despite criticism, Haley defended his decision to report PowerPoint to Microsoft.

“You break the rules, you get reported. That’s just how it is, and I don’t make any exceptions — not even for PowerPoint, which has delighted me with its wonderful animations and transitions for decades,” said Haley. “I may be a simple accountant in some office, but that’s just for now. I’m trying to work my way up to being a disciplinary figure within the Microsoft corporation, investigating programs which have gone awry and punishing them for their mistakes. Call me a bootlicker all you want, but if I keep reporting on the programs I work with, one day I’ll be the one wearing the boot. And then we’ll see whose tongue will meet rubber.”

At press time, a representative from Microsoft responded to a request for an interview, stating, “oh yea we don’t actually look at those lol.”