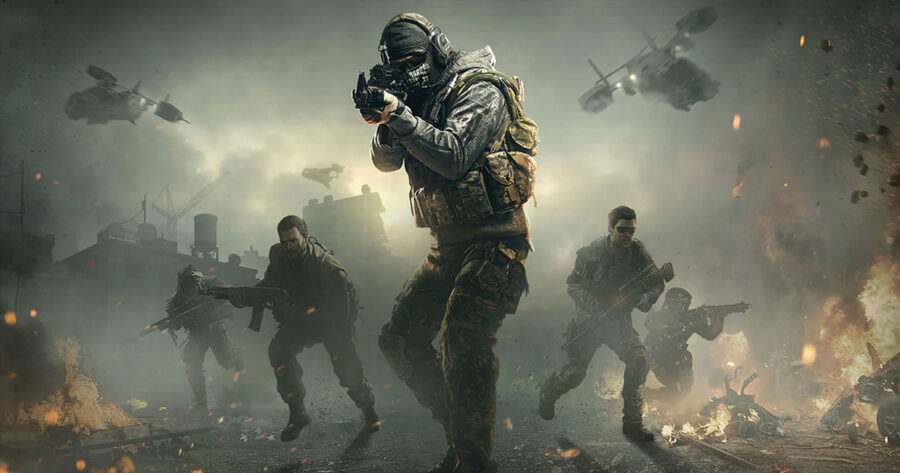 Facebook0Twitter0Reddit0
X
BY Mark Roebuck ON May 6, 2022

SANTA MONICA, Calif. — Following the disappointing sales numbers of Call of Duty: Vanguard, Activision has announced a modified release plan that will see games from the Call of Duty series be released three at a time from now on.

“It’s really the logical next step,” said Scott Bruner, a representative from Activision, in a press conference this morning. “While Vanguard was still the highest selling game of 2021, this batshit corporate world we’re in dictates that anything short of constant growth is a failure and that we must make more money off of the people still buying the game every year. The solution is simple; a trilogy of unrelated games every fall, with over four dozen possible combinations of ways to pre-order and purchase them all.”

The news was met by Call of Duty fans with mixed reactions.

“Hmm, they got zombies on all three?” asked Clyde Ritter, a long time Call of Duty player. “I’ll probably get at least two of them, but I don’t know. Even if I wanted to play them all, it’s a lot to keep up with. And then they’re still doing Warzone 2? Wow. The war game machine will truly never stop in this capitalist world, huh?”

“We’ll stay on top by spending more, plain and simple,” he said. “For every person that stopped feeling obligated to buy each title we’ve put out, 22 of them in total, we have to figure out a way to sell two or three Call of Duties to someone else. Calls of Duties. We want them all to buy several Calls of Duty. Du-tie. Oh fuck it, you know what I mean.”